Follow in the footsteps of House of Night’s Zoey Redbird with this tour of Tulsa. 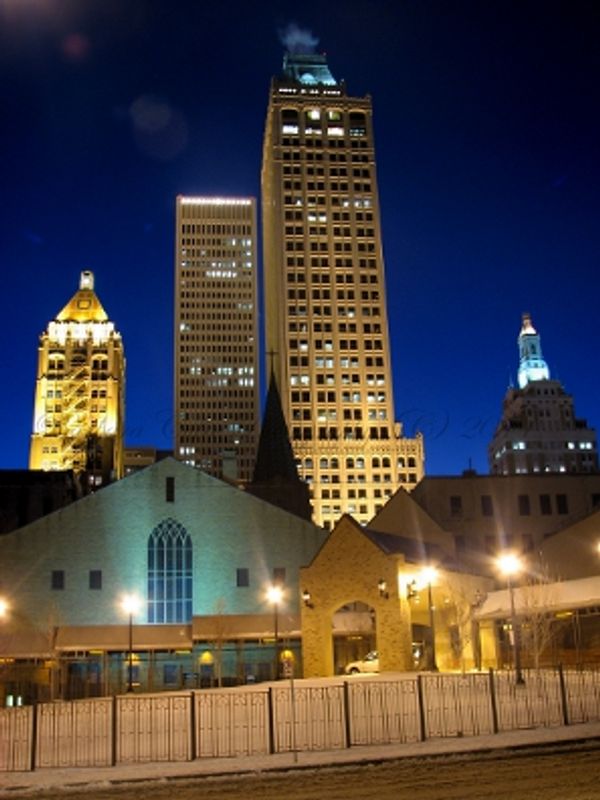 The wildly popular House of Night series follows new “vampyre” Zoey Redbird as she makes the transformation from normal teenager to immortal while balancing newfound powers against all the traditional things that teenagers are faced with. Along the way, Tulsa-based authors P.C. and Kristin Cast take you on a wild ride through some of Tulsa’s most popular attractions. If you’re a fan of the House of Night series, grab a camera and visit Tulsa with this handy guide.

Located in northwest Tulsa, the Gilcrease Museum was originally built by Thomas Gilcrease who was an extensive collector of artwork. Today, the museum holds one of the world’s most comprehensive collections of Western and American Indian art. Visitors will find most of the museum like it is described in the books, although the Gilcrease house is renovated.

Where it fits into the story: In “Tempted,” the Gilcrease Museum is the last trolley stop where Rae and Rephaim hide in the house’s attic after they’ve accidentally imprinted.

Built in 1931 by the Public Works Administration, the Tulsa Depot is the epitome of Tulsa's Art Deco architecture with its bold geometric shape. At its peak, the depot served over 30 trains a day, though it was abandoned in 1967 after losing its last passenger train. Today, the Tulsa Union Depot is the home of the Oklahoma Jazz Hall of Fame. Open during the week for tours and on various weekends for special events, the hall of fame is the state's only facility dedicated to jazz, gospel and blues musicians with Oklahoma ties. It’s also just steps away from the unique Center of the Universe.

Where it fits into the story: In the books, the Tulsa Depot is the entrance to the Tulsa Tunnels.

During the oil booms of the early 20th century, the Tulsa Tunnels were created to connect a hotel with parking garages and restaurants. Today the tunnels are still in use and between the tunnels and skywalks, it is possible to go from First and Main to Fifth and Boston without ever stepping foot outside. While the tunnel system has been exaggerated in the books, there is still plenty to explore and it’s open for touring. Head out on your own or connect with Tours of Tulsa to get all the ins and outs of the underground tunnels.

Where it fits in the story: The Red Fledglings stay in the underground tunnels.

Located within Tulsa’s uptown district, the Ambassador Hotel is the epitome of luxury. In addition to 55 lavish rooms, the hotel also features the wonderful Chalkboard Restaurant nestled on the ground floor, where visitors can enjoy top-notch cuisine for breakfast, lunch or dinner seven days a week. The European-style bistro’s ever-evolving menu consists of a unique blend of European dishes, as well as an extensive wine list.

Where it fits in the story: The Chalkboard Restaurant is Grandma Redbird’s favorite lunch spot.

Where it fits into the story: Zoey often visits the Starbucks at Utica Square.

While you’re in the area, one can’t-miss stop on your tour is Cascia Hall, which is the real setting of the “House of Night.” Cascia Hall is a private, Catholic, college preparatory school located at 2520 South Yorktown Avenue and is best viewed from the parking lot located at 25th & Yorktown. Mary’s Grotto, which is mentioned in “Tempted,” is located nearby at the Saint Joseph Monastery at 21st & Lewis.

Located within easy walking distance of Cascia Hall, the Philbrook Museum of Art is a must-see for both its indoor displays and outdoor gardens. The Philbrook’s 23 acres consist of expertly manicured gardens and an Italian-style villa that features nine collections of rare art from all over the world.

Where it fits into the story: After Stevie Rae has come back from the dead, she and Zoey agree to meet at the gazebo on the grounds of the Philbrook Museum.

Another honorable mention on the House of Night tour is Will Rogers High School on Fifth Street between Harvard and Pittsburgh, where the rogue red fledglings commit crimes in “Awakened.” Also, Nala, the grumpy, orange cat who adopts Zoey, is supposed to be from Street Cats, which is located at 6520 E 60th Street.