A journey along the Choctaw and Chickasaw Heritage Corridor explores poignant tales of chaos and change, survival and triumph, in the history of two American Indian nations. 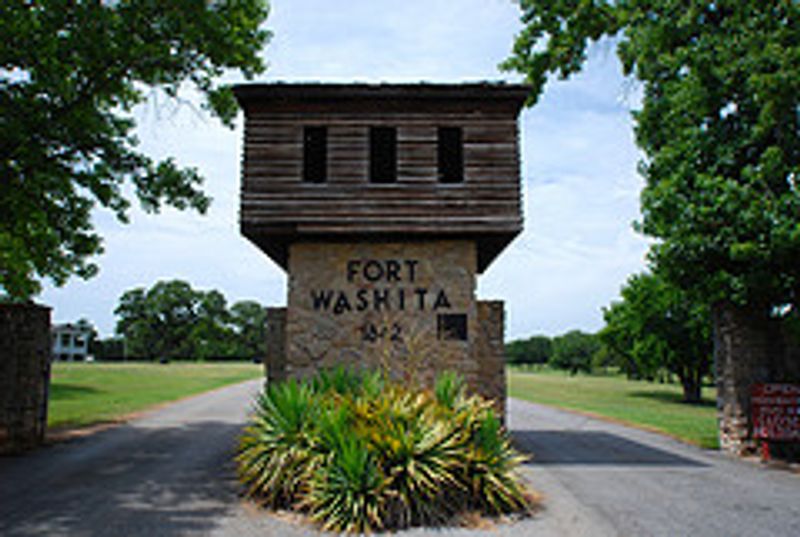 A stop at Fort Washita brings to life the details of how these two nations came to Oklahoma.

The deeper you delve into Oklahoma’s Native American history, the richer the finds you encounter. A trek along the Choctaw and Chickasaw Heritage Corridor, near southeast Oklahoma’s border with Texas, is no exception, revealing an array of powerful stories forming a portion of the state’s deep native roots.

Meandering through four historic sites – the Chickasaw Council House Museum in Tishomingo; Fort Towson Historic Site, near Fort Towson; Fort Washita, northwest of Durant; and Wheelock Academy, near Millerton – this trail gives travelers profound insight into two Indian nations, the Choctaw and Chickasaw, who, in the midst of astounding cruelty and upheaval, faced extraordinarily difficult challenges in preserving their heritage.

In the 1820s, both the Choctaw and Chickasaw Indian nations were under increasing pressure from white settlers squatting on their lands. The U.S. government wanted the two nations to cede ancestral lands in the South and remove themselves to Indian Territory in Oklahoma.

For the Choctaw, their lands were primarily in Mississippi and Alabama; for the Chickasaw, their homes were in parts of Mississippi, Kentucky, Alabama and Tennessee. Because of this close proximity, the nations were on familiar terms with each other. With the Indian Removal Act of 1830, forced relocation – also known as the “Trail of Tears,” due to the illness and deaths that occurred during the journey – became a reality for both nations, although their removal to Oklahoma took place at different times.

Each stop has its own special insights and revelations for travelers.

In the early days of settling new lands in Oklahoma, the two nations remained neighbors, sharing the struggles of rebuilding their lives. The stops along the Choctaw and Chickasaw Heritage Corridor bring to life the intriguing stories and details of how these two nations came to Oklahoma, managed to survive and today are preserving their culture and heritage.

“Each stop has its own special insights and revelations for travelers,” said Kathy Dickson, director of museums and historic sites for the Oklahoma Historical Society. “At the Wheelock Academy, for instance, the women who lived there went through a time of extreme upheaval. Their world was changing and totally torn apart.”

Built in 1824, Fort Towson became critical in the 1830s for its position on what is now the Oklahoma-Texas state line but at the time was an international border.

“Towson was literally on the border between two countries – the U.S. and Mexico – and the U.S. was not on friendly terms with Mexico during this time period,” said Dickson.

Fort Washita was established in 1842 and farther to the west, near what is now Durant, to better protect the Chickasaw from western tribes who considered the area part of their hunting grounds. Later, the fort served as a staging area for the Mexican War, saw gold-seekers pass through on the southern route to California gold fields, and was a Confederate fort in the Civil War. The Chickasaw Council House Museum and Capitol Building in Tishomingo served as the Chickasaw capital from 1898 to 1907. Today it holds one of the largest collections of Chickasaw art, artifacts and archive materials.

Other sites lie in close proximity to the trail, with history relevant to the corridor’s heritage. One is Doaksville, a town that dated to 1821, but which later virtually disappeared. It was uncovered by archaeological digs in the late 1990s. Doaksville features a walking trail and extensive signage about the old town’s history. Another is the Choctaw Nation Museum in Tuskahoma, the 1884 capitol building of the Choctaw Nation, which today houses Choctaw artifacts and exhibits and a gift shop.