When Italian immigrants settled in the small coal mining town of Krebs, they created a lasting footprint that would bring mouthwatering Italian cuisine to southeast Oklahoma. 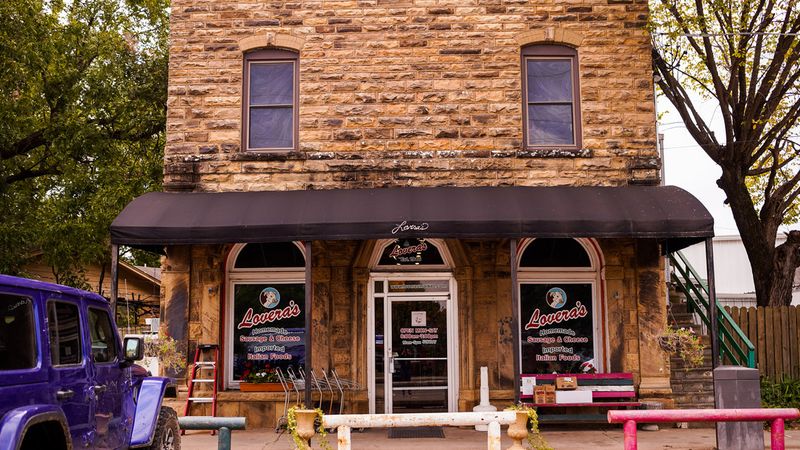 Now known as Oklahoma’s Little Italy, the town of Krebs got its start as a small coal mining camp in the 1870s. During that time, a mix of English, Irish, Mexican and Italian immigrants were recruited to work in the mines of Indian Territory. Just after Oklahoma gained statehood in 1907, the town of Krebs reached its peak with 2,884 residents. Nearly half of the population was comprised of Italian-Americans, so it was no surprise when Italian restaurants began popping up in both Krebs and the neighboring city of McAlester. Read on to discover some local favorites in Pittsburg County and pass the spaghetti!

Established in 1925, Pete’s Place is known for heaping, family-style platters of Italian classics such as chicken parmesan, grilled Italian sausages and old-fashioned spaghetti and meatballs. This much-loved, multi-generational restaurant was started by Pete Prichard, an Italian immigrant who came to America in 1903 as Pete Piegari. At the tender age of 11, Pete started working in the area’s coal mines where he remained for the next ten years until a cave-in crushed one of his legs and left him unable to work.

To earn money, Pete began home brewing what he called Choc Beer, a name which originated from the Choctaw Indians in the area. He served it out of his home to fellow coal miners and soon started serving food to the hungry workers on the side. In 1925, Pete’s Place was officially opened in Pete’s own home, where it remains today.

When you arrive at Pete’s Place, you’ll be led to an individual dining room complete with sliding doors, allowing each party to enjoy complete privacy. Once seated, you’ll be presented with scrumptious platters of salad, peppers, cheese, olives, spaghetti, ravioli and meatballs, all served family style before the meal. Don’t fill up on just the appetizers though – the main entrees are to-die-for Italian favorites that are still made using Pete’s original recipes. Pete’s Place is famous for its lamb fries, but the less adventurous eater can still appreciate a serving of deep pan lasagna or a 12 ounce ribeye.

As an added treat, Pete’s Place still serves the original Choc Beer, as well as a variety of made-in-house selections and other local Oklahoma brews. Ask about the guided brewery tours available on Saturday mornings.

As one of six children born to a coal mining father in Krebs, Dominic Anthony Giacomo spent his youth washing dishes at a neighboring town’s restaurant while daydreaming about owning his own one day. After serving in the U.S. Navy, “Dom” returned to his hometown and made his dream a reality in 1950 with the opening of Isle of Capri. Remembered as a shrewd businessman, Dom built the restaurant to look and function like a real house (just in case the business went under). Today, the building still resembles a private residence and beckons customers in with a simple neon sign reading “Italian Food.”

At this family-owned and operated business, it’s fitting that the entrees are served family style with generous portions of salad, Muenster cheese, peppers, garlic bread and more on the side. Don’t forget to try the spaghetti and ravioli, which comes served in the Isle’s luscious homemade spaghetti sauce.

What began as a small takeout Italian restaurant on the west side of Krebs has grown into one of the area’s most popular eateries. The year was 1975 when Frank and Rose Ann Prichard opened their restaurant, Roseanna’s Italian Food. It was an immediate hit, and extra tables were brought in to accommodate the demand. In 1980, the restaurant moved to its current location on the east side of town where the Prichard family carries on the legacy of bringing delicious food to the masses.

Unlike the other Italian eateries in the area, Roseanna’s Italian Food is not served family style, and guests are welcome to share a meal by adding an empty plate to their order for no extra charge. The menu is filled with authentic Italian options named after Prichard family members, including Rose Ann’s Sampler Platter, Frank’s Combination Dinner, Michael’s Steak & Pepper and Clare’s Lasagna Dinner. While you’re there, snack on an order of gnocchi, the house specialty dumpling made of potato, flour and egg, dipped in Frank’s signature pasta sauce.

A trip to Krebs isn’t complete without a stop at Lovera’s Italian Grocery. Housed in a 1910 sandstone building with a distinctive red, white and green awning, Lovera’s has been a culinary destination since 1946 when it was opened by Mike Lovera.

Known for their stretched out curd cheese called Caciocavera (a combination of the name Caciocavallo, which is reserved for that particular cheese produced in Italy, and Lovera), the store actually took second place in the top cheese competition in the nation, hosted by the American Cheese Society. In addition to their famous artisan cheese, customers can also stock up on meats, oils and vinegars, spices and sauces, marinated vegetables, olives and gift baskets both in store and online.

Delicious Italian food, live entertainment and hundreds of vendors converge on McAlester for two days each May at the annual Italian Festival. One of Oklahoma’s preeminent cultural celebrations, this festival has drawn thousands of visitors in each year since its inception in 1971 by Pete’s Place founder Pete Prichard. Browse art exhibits, take a carnival ride in the midway or challenge your stomach to an all-you-can-eat spaghetti contest while you celebrate the area’s rich Italian heritage.