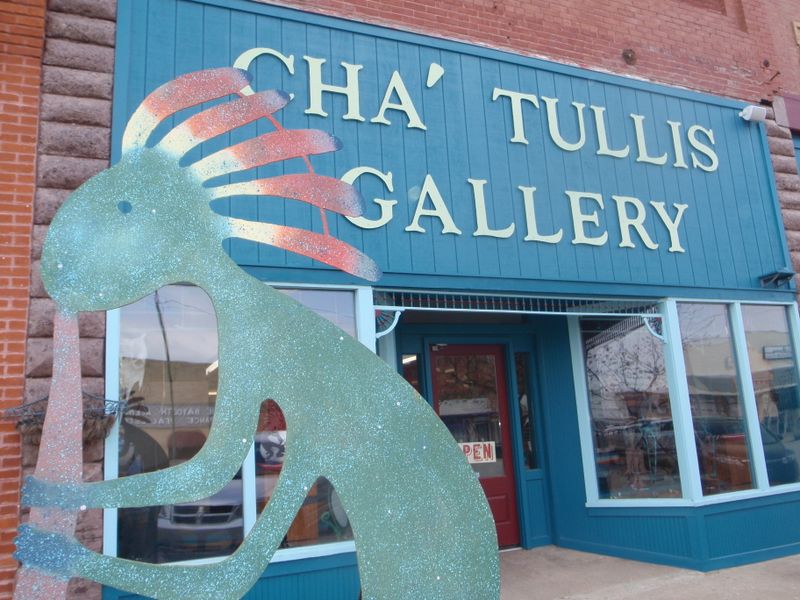 Before calling Oklahoma's largest county home, the Osage Nation resided in Missouri and, in 1825, was forced to travel the Trail of Tears to southeast Kansas. After the Civil War, the Osage purchased over a million acres from the Cherokee Nation and relocated south in 1872 to a portion of Indian Territory – what is now known as Osage County. This move brought new challenges and hardships; yet, the Osage Nation persevered and continued to preserve their traditions, ceremonies and lessons taught by their ancestors.

Today, you can learn about the Osage's resilient tribal heritage from the vast array of experiences throughout Osage County.

Located in the heart of Osage County is the Osage Nation Museum, the oldest tribal museum in the United States. Here, you'll find an expansive collection of photos, artifacts and artworks from its 1938 founding to the present day. Discover how the Osage tribe worked meticulously to preserve their culture throughout many dislocations across the Ohio and Mississippi river valleys, Missouri and Kansas. You'll also see current pieces by featured Osage artists, such as paintings, ribbonwork, sculptures, beadwork, drawings, fingerweaving, mixed media, video and more. Rotating exhibits have included traditional Osage wedding clothes along with portraits and personal accounts by heroic Osage veterans.

Native American artwork is not scarce in the charming town of Hominy, located on the southern edge of Osage County. Though Cha'Tullis is a Northern Blackfoot and Cherokee native, Tullis calls Osage County home and makes every effort to electrify Hominy with his art. Surround yourself with his vibrant paintings, intricate turquoise jewelry and horsehair-infused pottery at Cha'Tullis Gallery.

Journey throughout downtown to experience Tullis' colorful murals, including "Crossing Boundaries," "Majestic," "Shield of Redwing" and "Following Mother Following Tradition." Originally painted to lift local store owners' spirits during the 1990 oil bust, these murals and 35 others of Tullis' masterpieces now serve as a glimpse into various Native traditions. Conclude your visit by marveling at the 19-foot iron sculptures atop the hill on the west side of Main Street. Known as "The New Territory Sculptures," these silhouettes of 15 Native Americans and their horses overlooking the area represent the completion of their quest to find running water, the perfect place to camp and rest.

Admire the collection of song materials for Osage ceremonial dances, clothing textiles and symbolic honor blankets when visiting Hominy's White Hair Memorial. Upon request, visitors can partake in a traditional feast and hear a presentation on the Osage Nation's culture by elders in the Osage community.

This house-turned-museum also provides an opportunity to educate yourself about the Reign of Terror, featured in David Grann's book and Martin Scorsese's upcoming film, "Killers of the Flower Moon."  What was once home to Mollie Burkhart, an Osage descendant of Chief Pawhuska "White Hair" and unknowingly the wife to one of the central accomplices, now houses documents from this period. Each tribe member had received an average allotment of 659 acres and headrights to the annual royalties from the massive discovery of oil on their land. Over 60 tribal members from 1921 to 1926, including Mollie's family, were harassed and murdered by fellow Osage County residents from the desire to take over this wealth. The newly formed FBI caught wind of the injustice and began investigating the suspicious deaths, becoming one of the first instances of the FBI's involvement in the entire United States. Here, view microfilm or read through transcripts of congressional testimony given by Osage tribal officials and FBI representatives during the trial.

Transport yourself into the childhood of late Osage artist John D. Free when observing "Cowboy Steer Roping" in Fairfax's town square. Free's career gained vast recognition through his membership with the National Academy of Western Art, Oklahoma Sculpture Society and Cowboy Artists of America. With the use of sculpting, watercolors, oil paints, pens, pencils and pastels, many of his pieces feature Osage and Cherokee subjects to reflect his heritage.

Born in Pawhuska, Free left to study art in Taos, New Mexico and returned home in 1969 to begin his full-time professional artist career. This large, glimmering bronze sculpture crafted amid his return to Osage County depicts the cowboys Free roamed around with during his formative years.

Admire his additional artworks housed in notable museums across the state, including the National Cowboy & Western Heritage Museum in Oklahoma City, Tulsa's Gilcrease Museum and the nearby Woolaroc Museum & Wildlife Preserve in Bartlesville.

Did you know the town of Barnsdall was previously named Bigheart? Hear the story behind the town name change while observing exhibits at Bigheart Museum in Barnsdall. Most of the museum is dedicated to Chief James Bigheart, the leader best known for his acts of servitude, unification and extreme generosity.

Before relocation from Kansas to Osage County, the tribe was split between living on the mountain and the plains – known as the Great and Little Osage respectively. Bigheart united the two and allowed tribal members to elect their own chiefs with the creation of the Osage's 1881 Constitution. He also spearheaded the 1906 Osage Allotment Act, preserving the Osage Nation's mineral rights during the famous oil discovery on Osage land.

Additional museum highlights include the Friendship Memorial Wall of Honor, the Oklahoma Centennial Project with 500 bricks honoring civic leaders and a life-size statue of both Chief Bigheart and oilman T.N. Barnsdall. Honor Chief Bigheart at other locations and events throughout Osage County, including his memorial and gravesite in Barnsdall, the 9-ft bronze statue in Pawhuska or at Barnsdall's annual Bigheart Day hosted annually in late spring.

Add Red Corn's intricate turquoise wrap bracelets to your personal collection or take home one of her paintings that reflect upon her Osage family's influence. Feel the connection between the Osage Nation's past, present and future when browsing traditional necklaces and elegantly-crafted moccasins from Salisbury's Dancing Blue Stone Collection. See how Biss-Grayson implements his experiences as a combat veteran through his fashion designs.

Hike up Lookout Mountain to marvel at panoramic views of Osage County and see the final resting place of Chief Fred Lookout. You'll know you've reached the hill's pinnacle when you arrive at his 10-ft-tall granite stone memorial. Chief Lookout was best known as the last Osage chief who inherited his title by blood and as the longest-serving chief in Osage tribal history. He was also highly revered for his integrity and wisdom. This breathtaking scenic overlook offers an all-encompassing glimpse of Pawhuska and Bird Creek Valley – the ultimate post for a devoted tribal leader to forever watch over his tribal land and people.

Take a scenic hike through the original Osage Indian Reservation, now known as the Joseph H. Williams Tallgrass Prairie Preserve near Pawhuska. These 40,000 acres are the largest protected piece of tallgrass prairie in the world, while also being the center of the area's oil boom in the 1920s-30s.

Today, the Tallgrass Prairie Preserve serves as home to more than 2,500 American bison – one of the largest herds in the country. Managed by The Nature Conservancy, their efforts have resulted in remarkable wildlife watching and views of over 700 plants, 300 birds and 80 mammals. Visitors can hike between three designated trails, drive a 15-mile bison loop or stop at scenic turnouts to marvel at this expansive conservation effort.

Be amazed by the vast collection of authentic Native American vintage clothing, art, handmade jewelry, shawl blankets and much more at The Water Bird Gallery in Pawhuska. Owner Danette Daniels opened the gallery to educate the public about the Osage Nation's rich culture through a mixture of art media. Daniel also offers author-signed books of "Killers of the Flower Moon," "The Deaths of Sybil Bolton" and "A Pipe for February," so visitors can take a book home and dive deeper into the experiences the Osages endured during the early days of Osage County.

If you're still curious about the Osage Nation's traditional way of life after your visit to the Osage Nation Museum, head one short mile over to the Osage County Historical Society Museum. Walk in this old Santa Fe depot and browse through displays replicating native life, as well as memorabilia, beadwork, clothing, blankets and a rare Medicine Man's flute and bag. You can also purchase your own copy of an authentic Osage Roll book.

Whether you're on your way or completing your journey to Osage County, don't forget to stop at the Osage Nation Visitors Center in Pawhuska. This resource, provided by the Osage Nation, supplies an abundance of information regarding more Native and Osage-owned businesses you can visit throughout the county. Staff members will supply you with guides, maps and personal recommendations, so you can learn more in-depth about the area's attractions, culture and history. The center offers an iPad bar filled with historic photos and a look into the Osage language. Before leaving, stop in the curated boutique and purchase items from Osage-owned businesses.