With 32 state parks, there are plenty of sweet spots for exploring Oklahoma's natural abundance. Try these sample trips for a bit of outdoor bliss. 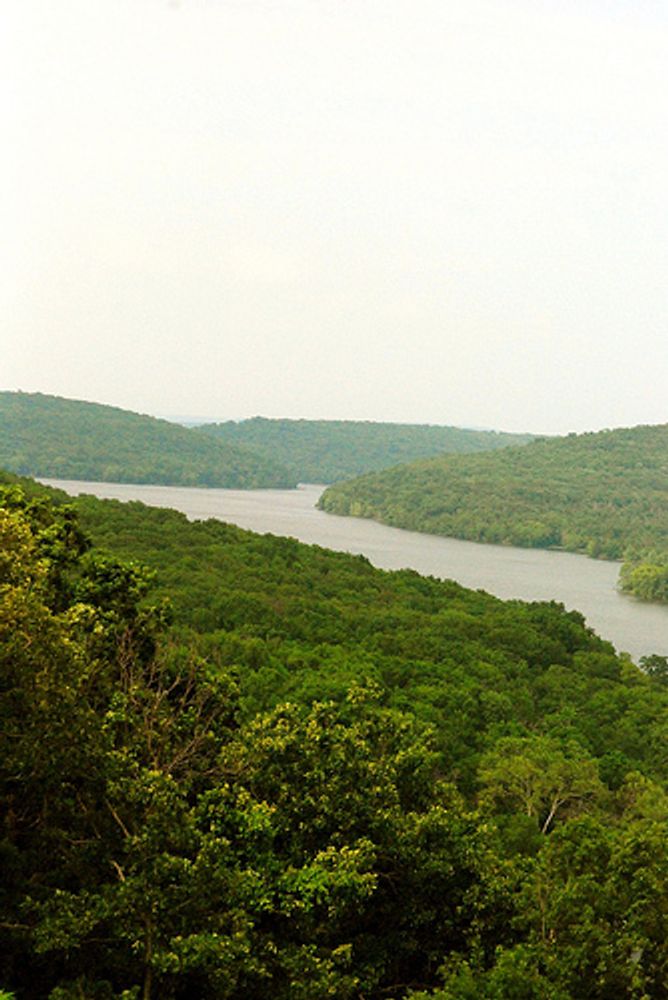 Named after the Cheyenne tribe's last warrior chief, Henry Roman Nose, Roman Nose State Park near Watonga is one of seven original Oklahoma state parks. Set up camp in the park’s gypsum-streaked canyons, try out the greens of Oklahoma’s only canyon-style golf course or cool off in the spring-fed swimming pool. The gorgeous lodge emphasizes the park’s original mid-century design, and a restaurant serving breakfast, lunch and dinner takes care of your dining needs. Explore miles of hiking and horseback trails, three natural springs or spend the day canoeing on Lake Watonga.

Visit the well-preserved, three-story Victorian T.B. Ferguson Home in Watonga. Ferguson was the sixth territorial governor of Oklahoma from 1901-06 and an active proponent for statehood.  Then, slip over to quench your thirst at the Whirlwind Winery, also located in Watonga, with wines made from fresh, locally grown grapes and fruit.

Tucked away in the lush hills of eastern Oklahoma, the spectacular scenery of Greenleaf State Park and its family-friendly cabins, campgrounds, recreation facilities and nature hiking trails, make it a favorite spot to nestle into nature. Several of the lake cabins and park facilities original to the park offer a glimpse into Oklahoma’s early heritage. Constructed of native stone in the 1930s by the Civilian Conservation Corps (CCC), Works Progress Administration (WPA) and German prisoners-of-war, they hearken to a time when our nation was challenged by economic crisis and turned to public works to employ as many people as possible, creating long-term benefits for their communities. An 18-hole miniature golf course, swim beach, nature center and loads of other activities round out the family offerings.

Splashing is "in" at Lake Texoma near Kingston, Oklahoma’s second largest lake, a 93,000-acre water playground and popular spot for scuba diving. In addition, the lake is known for being one of the top freshwater striped bass fisheries in the nation and also supports excellent populations of other bass and catfish. The area is complemented by Lake Texoma State Park, which offers swimming, camping, picnic areas, wildlife viewing opportunities and hiking. Visit the Two Rivers Nature Center and Catfish Bay Marina, both located within the park, or find a fishing guide in nearby Kingston.

When you’re tired of fishing, waterskiing or swimming, hit the greens at Chickasaw Pointe Golf Club in Kingston.  The course offers up such a fine golfing experience that it is consistently ranked as one of the top courses in the state.  As an added bonus, Golf Magazine ranked it as one of the country’s top 20 courses in the “under $50” category.