The Reincarnation of Main Street America

Explore a spirited mix of the past, present and future in the decisively charming small towns of Pawhuska, Woodward and Sand Springs. 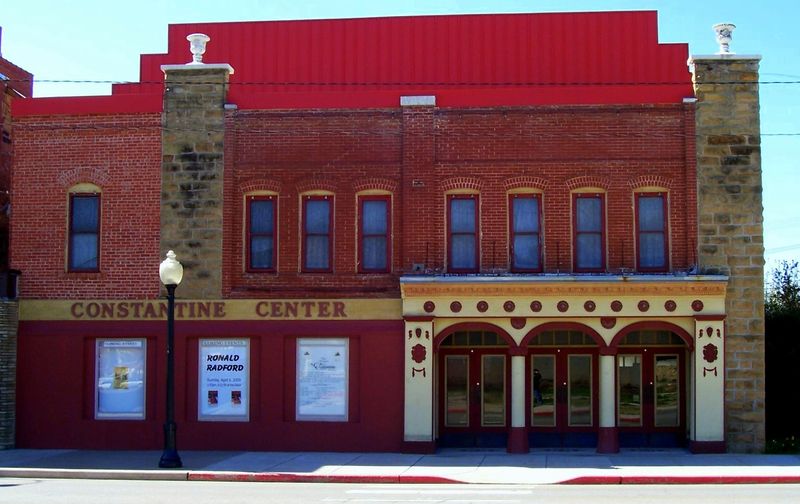 The elegantly-remodeled Constantine Theatre is one of Pawhuska's most treasured jewels.
Photo Credit: Shauna Struby

Over the last 50 years, Oklahoma’s small towns have faced multiple challenges as interstate highways passed them by and populations shifted from rural to urban areas. For some, the changing times meant evolution from boom town to history book in the space of a few generations, but many small towns are finding ways to not only survive but thrive, maintaining the charm and soulful history of their origins and capturing the interest and imagination of travelers yearning to connect with the relaxed lifestyle of smaller communities.

Deep in the heart of Osage County, Pawhuska preserves the romance of its rollicking past and the promise of the future. A total of 86 of the 98 buildings in the downtown area of this charming town, established in 1872, are on the National Register of Historic Places. Much of the town’s mesmerizing history is interwoven with that of the Osage Nation, headquartered in Pawhuska and on display in a variety of ways. The town was named in honor of Chief Paw-Hiu-Skah (aka Chief White Hair), and the Osage Nation Museum, the oldest tribally owned and continuously operated museum in the United States, makes its home here.

The oil boom of the early 1900s fed construction frenzy, and the result is a plethora of impressively unique two- and three-story brick structures, along with a five-story triangle building. Some lie along a ridge overlooking the valley and town, while others are nestled against the ridge and along the town’s Main Street. Mike McCartney, Pawhuska Chamber of Commerce director, says that in the mid-1980s, the townspeople realized the historical buildings could become a key to revitalizing the town.

Today the town’s preserved jewels include the elegant and remodeled Constantine Theatre, built in the 1880s and now the Constantine Community Center; the Blacksmith’s House, built in 1871 and home to the Pawhuska Chamber of Commerce; and the Osage County Courthouse, completed in 1914 and the county seat of Osage County, the largest county in Oklahoma. Restaurants, shops and offices populate many of the buildings, and a handful of festivals – such as the National Indian Taco Championship and Ben Johnson Memorial Steer Roping – invite visitors to sample Pawhuska’s heritage and character.

“Our community has a rich heritage with the Osage Nation here, the Tallgrass Prairie [Preserve] and Osage Hills State Park nearby. We enjoy sharing it with visitors from across the nation,” McCartney says.

As a gateway to the Oklahoma Panhandle, Woodward lies in the lush grasslands at the westernmost edge of what was once the Cherokee Outlet. Woodward’s rough and rowdy frontier history, closely tied to nearby Fort Supply, is a fascinating blend of colorful characters, land runs, oil booms and busts, heroic American Indians and hardy pioneers.

The new frontier of renewable energy, evidenced in the slowly rotating wind turbines dotting the prairie in all directions throughout the town, is sweeping Woodward into a new era. Rapidly becoming the state’s hub for sustainable energy with 38,000 megawatts of wind generation, and selected as one of the top 100 small communities in the nation, Woodward has a bright future based on the economic boom of renewable energy.

Across the state, Sand Springs bears the distinction of being Oklahoma’s only planned industrial town, springing to life in 1908 when oilman Charles Page envisioned a haven for orphans and widows and founded the town as a model. Just west of Tulsa, Sand Springs’ proximity to the city has fueled its growth, but today the town is developing its own distinctive character with its strategic location at the nexus of a wide variety of cultural sites and natural treasures such as the 1,300-acre Keystone Ancient Forest Preserve, home to 300-year-old cedars and 500-year-old post oak trees.