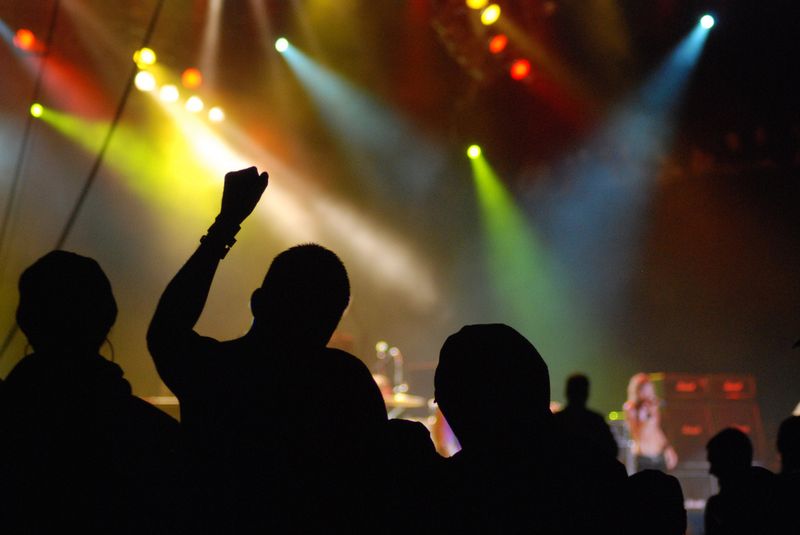 My Great-Grandma Mac spoke a brutal but loving truth when she said to me – any time I tried to sing or even sing along – “Sugar, you couldn’t carry a tune in a bucket.” However, I am quite gifted in music appreciation. Those who can, do; those who can’t, listen and write about it.

Oklahoma may be most frequently identified with country stars so mega they don’t require last names – Reba, Garth, Toby, Vince and Carrie – but in the state’s small town and large city venues, guitar chord progressions swell; upright bass jazz notes vibrate the air; and drum sets shake the walls. From country to emo, from indie to mainstream major rock bands, from jazz to bluegrass to folk, Oklahoma is alive with the sounds of music.

Below is a small sampling of just a few high notes in the state’s musical blend. I’m just tuning up. More is on the program, I promise. These intimate hotspots join big-ticket venues such as Oklahoma City’s Chesapeake Energy Arena and Tulsa’s BOK Center, Cain's Ballroom and Tulsa Theater, which feature the world’s best known musical acts.  Then there are music extravaganzas, including Okemah’s Woody Guthrie Folk Festival, the Edmond Jazz & Blues Festival,  Pryor’s Rocklahoma and the Norman Music Festival.

For now, consider unplugging your earbuds to head out to these smaller hubs of harmony to experience live music in the company of others.

If the word “lab” brings to mind interesting odors and fear of failing chemistry, it’s time to rethink. The smells of the University of Central Oklahoma’s Jazz Lab in Edmond are melting mozzarella atop hot pizza crust, and experiments here produce head-nodding notes of pure tonal bliss. Voted many times as “Best Live Music Club” by readers of the Oklahoma Gazette, the lab features a wide range of talent not, despite the name, limited to jazz.

Hideaway Pizza has a booth in the room and a full-service restaurant next door. Waiters deliver wine, beer and hot pies (pizza of the gods, anyone?) to you while performers such as trombonist Kent Kidwell, founder of the UCO jazz studies program, play music of the gods, such as Sonny Rollins’ My One and Only Love and Van Morrison’s Moondance.

What I like best about live jazz is that the audience claps after every musician’s solo and that becomes part of the music. We become the chorus, almost. I can at least clap in tune, thank heavens.

Eric Upchurch, a UCO music student and trumpet player taking tickets on a January night, says the lab draws members of that pizza-eating, hand-clapping audience back time and again.

“We can seat more than 200, and we have regulars who are here all the time,” he says. “We have all kinds of great music here.”

The “all kinds” include classical guitar with Oklahoma’s internationally famous Edgar Cruz, blues, soul, and classic rock.  On occasion, the Lab even pushes the tables back to become a dance hall.

The Strip and More: Stillwater

On Washington Street between 6th Avenue (State Highway 51) and University Street, lie four blocks of nightlife hotspots which are sometimes collectively referred to as “The Strip.”

Willies Saloon and others offer indie rock and – as you’d expect in the town that’s home to the Oklahoma State University Cowboys – country sounds ranging from traditional to red dirt, which some call “country music with an attitude.”  Willies t-shirts state that this is the venue where it all began, a reference to the fact that many of Garth Brooks' earliest gigs were in this small venue.  The crowds are college-aged, of course, and there’s smoking in the places that don’t serve food. The music goes full twang with a rock beat, and boots often scoot, if not on a formal dance floor then just wherever.

Consider unplugging your earbuds to head out to these smaller hubs of harmony to experience live music in the company of others.

Another venue that played a big part in Garth's early career is Tumbleweed Dance Hall.  Garth worked as a bouncer at The Tumbleweed while attending college and entertained there on some of his nights off.  Today the Tumbleweed also offers an outdoor concert venue as well as a rodeo arena.

The Strip isn’t the only pumpin’ place in Stillwater. Behind the stone, wood and glass exterior of Eskimo Joe’s, just two blocks off campus on Elm Street, beats not only a proud Cowboy heart but also some serious music. Famous for great food and a clothing line sporting its smiling Eskimo mascot, the venue holds 550. Couples dance under Eskimo Joe’s famous retractable dome which is sometimes rolled back on warm summer nights.  Hailing from Stillwater, the All American Rejects played Eskimo Joe's in their early days.

The Stonewall Tavern on Knoblock is just a few steps away from Eskimo Joe’s. Bartender Blake Arrington says that during the summer months, bands play in the beer garden, never inside. Here the beat is bluesy rock or bluegrass. Arrington says the owner steers clear of country given how many Stillwater music venues focus on the genre.

Campus Corner and Beyond, Norman

Campus Corner, several square blocks of restaurants and clubs, offers live music with a long tradition at The Deli, whose motto is “We Do It Live 365.” Smoke-filled, body-to-body crowded and allowing for conversation only between sets, the small but musically muscular venue populates its stage with the likes of folk rock and blues singer Gabriel Marshall and singer/songwriter Travis Linville, but it is perhaps best known as the venue where The Flaming Lips got their start.

While University of Oklahoma students pack the house, the faithful audience goes beyond campus-ites. In the audience one night in January, Linville says The Deli plays an important role in Oklahoma’s music scene by featuring continual live music. “I’ve traveled and played around the world, but I love coming home to The Deli,” the Chickasha native says.

Around the corner is no-smoking Othello’s, which serves up delicious pizza as well as live music Friday and Saturday nights. The musicians here play softly enough for conversation to thrive.

The Opolis, several blocks off the corner geographically but there in musical spirit, is a club for those under and over 21. Local bands play the venue, but national groups also drop in.

Those who sing and play here are truly my peeps, I’ve got to say. Each of the folk, folk rock, singer/songwriter types who performs at The Blue Door sings softly but carries a big tune. Here, you sit, you listen, you applaud. No smoking. No drinking. There might be some sporadic sing-along, but music rules.

Having celebrated its 16th birthday in January 2009, Greg Johnson’s small-house-turned-club is comfortable in its own skin. This cozy venue is a personal expression of musical taste for Johnson, an Oklahoma native.

“My booking policy has nothing to do with how many people someone will draw,” he says. “Many nights we have just 20 people here. We sell out maybe seven or eight times a year. About 80 percent of our acts are people I want to champion because they are good, really good.”

In a tone not of bragging but of stating a simple truth, Johnson says, “We’re considered in music circles one of the leading small venues for music in the country.”

Starting in the 1930s, Wills and his Light Crust Doughboys broadcast their swingin’ hits from Cain’s over radio station KVOO for several years. While Wills and other country legends like Tennessee Ernie Ford, Roy Acuff and Eddy Arnold still keep an eye on the action from portraits taking up a lot of wall real estate, the music has changed. Really changed. In 1978, the Sex Pistols played at Cain’s. That’s right, from Bob Wills to Sid Vicious and Johnny Rotten.

In 2007, music magazine Paste named Cain’s one of its Top 40 music venues in the country, and now artists such as Sam Bush, known for his “newgrass” – bluegrass with hot rock ‘n’ roll elements – and alternative rock bands, including State Radio, pull in the crowds. A little bit country and a little bit rock ‘n’ roll, Cain’s is a must-have experience. Check out the calendar, find the sound that makes you want to move and head to Tulsa.

This list has barely scratched the surface of the more intimate music venues across Oklahoma.  But suffice it to say that almost anywhere you find yourself in Oklahoma, you can probably find yourself a entertaining evening of live music.