Travel to a time when Works Progress Administration and Civilian Conservation Corps construction projects infused Oklahoma communities with optimism for the future. 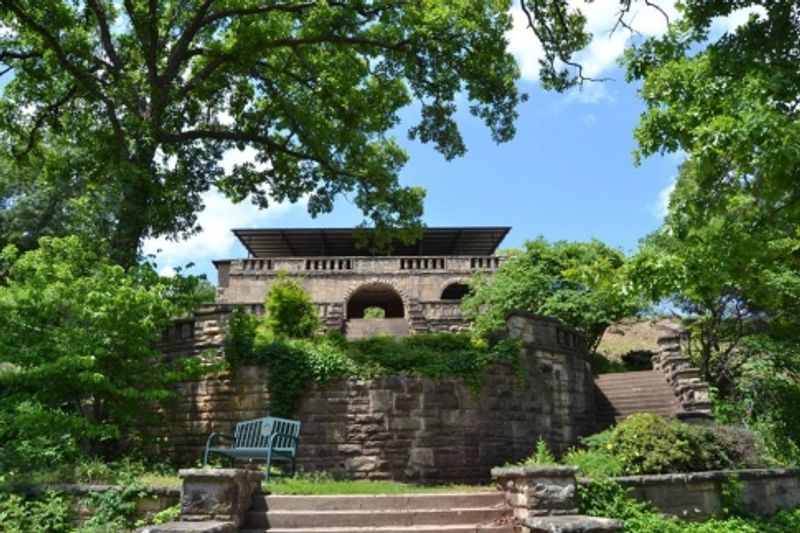 When you’re rockin’ out to some of the nation’s top musical acts at Oklahoma City’s Zoo Amphitheatre, you may not realize it, but you’re sitting right in the middle of historical artistry. If those native red sandstone steps and walls could talk, they’d tell a tale of the Civilian Conservation Corps (CCC) laborers building this beautiful outdoor venue while encamped near the park, and of Works Progress Administration (WPA) workers completing the amphitheatre.

The WPA and the “New Deal”

In 1935, the United States was deep in the Great Depression when the U.S. Congress created the Work Progress Administration (WPA) to administer $5 billion in public works, the largest New Deal project implemented under President Franklin Roosevelt.

The program’s purpose was to employ as many people as possible and to create long-term benefits for their communities. By the time the program ended in 1943, it had created about eight million jobs nationwide, and a variety of public works in the arenas of art, drama, media and architecture that stand today as testament to a nation determined to survive and thrive.

The WPA in Oklahoma

Many of Oklahoma’s WPA works were crafted using native stone and were designed with artisan sensibility – hence, they reflect a sense of time and place. From a humanitarian perspective, many of the projects kept local families from starving. According to the Oklahoma Historical Society, the WPA made a significant impact on Oklahoma with approximately 119,000 people employed between 1935 and 1937; a total of $59 million was spent in the state on WPA projects during that time.

As the nation works its way through challenging economic times some 75 years later, visitors to Oklahoma can visit a variety of architectural WPA gems, many still in active use. Some of these landmark buildings and monuments have become icons in their own right; touring them allows the past to resonate in the present.

Compelling stories and fascinating tidbits entice travelers. For instance, at Greenleaf State Park near Braggs, the rustic lake cabins were built of native stone by the WPA.

And then there’s the tale of the Pawnee Bathhouse & Recreation Area and how it has come full circle in serving the community. Built in 1939 from hand-cut native sandstone with a terraced stairway and landscaping, the bathhouse had a three-acre lake for swimming. The project was intended to bring much-needed jobs to the area, and also to also provide recreation for Pawnee residents and the surrounding communities. The bathhouse and swimming hole remained popular for nearly 40 years before closing in 1978 and falling into disrepair. Twenty-five years later, community fundraising, a grant and hundreds of volunteer hours brought new life to the landmark and visitors to its companion lake; the lake and a small water park reopened in 2003 to great fanfare.

Other WPA works in Oklahoma include a historic 400-seat outdoor amphitheater (one of only two of its kind left in the state) at McLain Rogers Park in Clinton; a stone building protecting Sequoyah’s Cabin in Sallisaw; a distinctively designed pool house and wall in Sayre City Park.