A Day in Yukon: Explore the City’s Unique Czech History

Take a tour of Yukon, the Czech Capital of Oklahoma. Explore the city’s rich Czech heritage at a local history museum and at the world-class festival held each October. 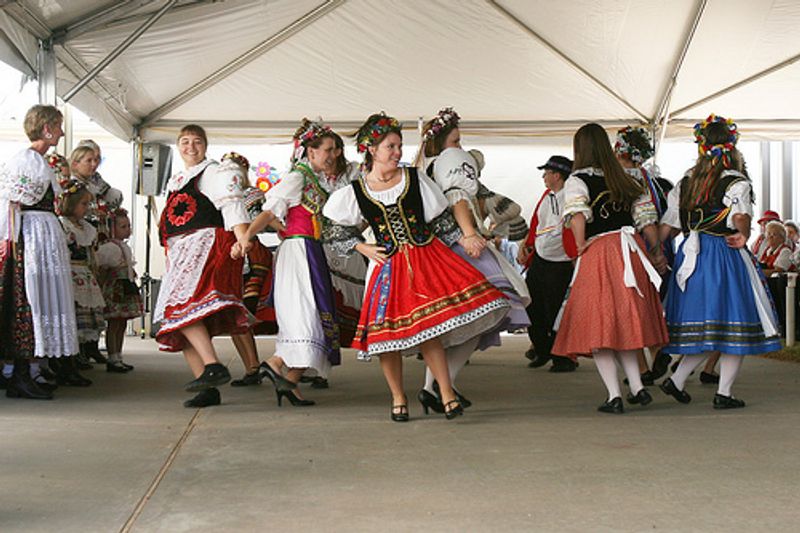 Located in central Oklahoma and crossed by historic Route 66, Yukon has a dynamic history dating back to its founding in 1891. During those early days, the town received its first railway and within a few years, a large number of Bohemians - later dubbed “Czechs” after the country’s dissolution into Czechoslovakia - moved into the area. Today, the city is known as the Czech Capital of Oklahoma and celebrates that fact with a Czech mural, museum, dance hall and festival.

Begin your tour of Yukon with a stop at the Czech Mural, located on the Oklahoma Czechs Inc. Building. The mural was created in 1989 by Oklahoma City-based artist Bill Firquain, and it shows a scene of the 1490 Prague Town Hall clock. This evocative artwork, with its domes and towers, brings the Czech Republic capital to life.

Next, head over to the Yukon Historical Museum. Housed in a three-story brick building that was originally a school, the museum hosts displays about the Chisholm Trail and Yukon native Garth Brooks, as well as an entire Czech history room. Check out artifacts dating back to the late 1800s and peek into a replica of a 1900s schoolroom and doctor’s office. Admission to the museum is free, but its hours are limited so plan ahead.

On Saturday nights, a trip to the Yukon Czech Hall is a must. This historic building, which was constructed in 1901 on land donated by Czech immigrants, has opened its doors each Saturday evening since 1930 for live polka music and dancing. Bring the whole family out for a great time and enjoy traditional Czech foods like klobasy sandwiches, as well as other treats.

Plan your trip in the fall for a vibrant, up-close experience with Yukon’s Czech culture at the Oklahoma Czech Festival held annually on the first Saturday of October. This long-running celebration is the largest free outdoor festival in Oklahoma and celebrates the city’s heritage with traditional Czech meals (like kolaches, klobasa and, of course, plenty of beer), a parade, carnival, polka music, dancing and over 150 craft booths. Enjoy live music and dancing outside the Czech Building and stick around for the Czech royalty coronation that wraps up the festival.

For more uniquely Yukon experiences, head over to the city’s page!