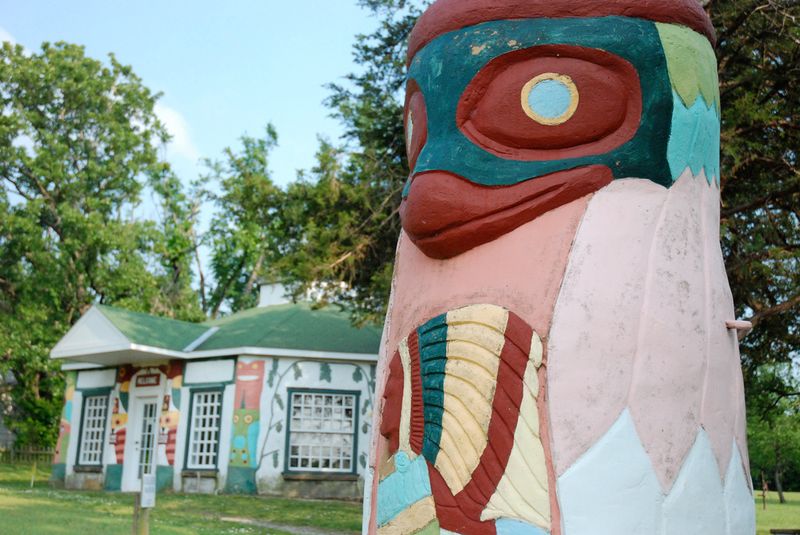 Among the many architectural and artistic landmarks in Oklahoma City’s Asian District, the Milk Bottle Grocery stands out as one of the oddest and oldest. The milk bottle was added to the top of a small, wedge-shaped building in 1948 as an advertisement for a local dairy company. It has been painted over many times during its lifespan but most recently sports the Braum’s Dairy Store logo.