Begin your east to west journey along Oklahoma’s 400 miles of Route 66 with these offerings found between Miami and Tulsa. 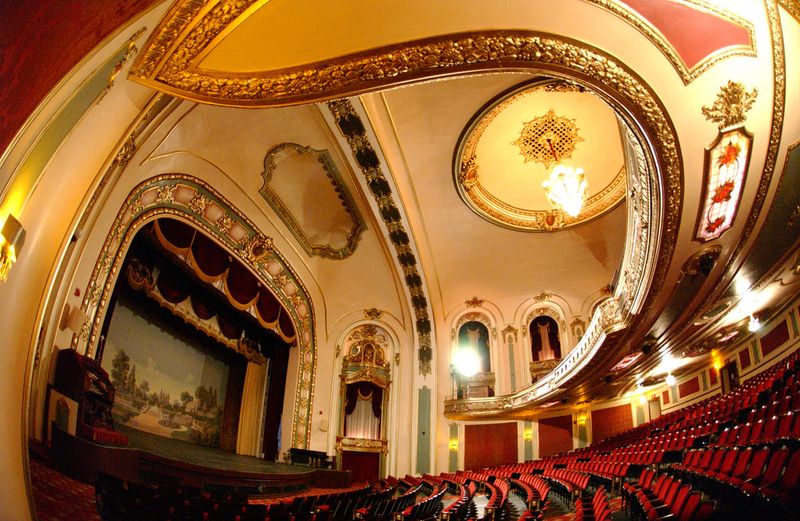 Nothing compares to the nostalgia of Route 66. Also known lovingly as the Mother Road and America’s Highway, Route 66 holds a permanent place within the pages of Oklahoma history. Explore this fascinating chapter of Oklahoma’s story by traveling through charming small towns full of friendly faces and unexpected places. There’s no better way to experience the lore of yesteryear than with a road trip starting where the highway enters Oklahoma in the northeast. Roll down the windows, feel the fresh breeze in your hair, venture down the sun-drenched highway and see where the road takes you.

The Coleman Theatre in Miami is a must-see for any Route 66 road trip. Outside, the building is adorned with hand-carved figures and terra cotta gargoyles, while inside, the décor is a rich mix of gold and burgundy. Erected in 1929, just three years after the completion of Route 66, the Coleman Theatre was a welcome sight to travelers crossing into Oklahoma.

You can’t miss this Route 66 landmark with its giant yellow fiberglass cuckoo bird advertising delicious fare at Waylan’s Ku-Ku Burger. This burger joint has had decades to perfect the art of making top-notch hamburgers served up with a side of crispy fries. The last remaining Ku-Ku Burger is holding strong in Miami, where locals and travelers still stop in to refill their tank.

Featured on Food Network's popular television show Diners, Drive-Ins & Dives, Clanton's Cafe in Vinita has been serving up hearty meals to hungry Route 66 travelers since the late 1920s. Pull into this Mother Road mainstay and chow down on the cafe's famous chicken fried steak or a juicy hamburger, but don't forget to save room for a delicious slice of made-from-scratch pie.

You won’t be able to miss Totem Pole Park in Chelsea as you drive along Route 66. Measuring 90 feet tall, this Route 66 icon is the world’s largest concrete totem pole and was constructed over a number of years beginning in 1937 by Ed Galloway as a tribute to the American Indian. A number of smaller totem poles and an eleven-sided Fiddle House are also located within the park.

Stop by the Will Rogers Memorial Museum in Claremore to learn about the life of Oklahoma’s favorite son. This nearly 17,000 square foot museum features original artwork, photos, manuscripts and more dedicated to Will Rogers. If you have time, stick around for a Will Rogers movie, which plays each day.

Visit the world’s largest privately owned museum in Claremore. The JM Davis Arms & Historical Museum boasts 40,000 square feet stuffed to the brim with firearms, knives, swords, steins, Native American artifacts, musical instruments, music boxes, saddles, WWI posters and much more. While you’re there, be sure to check out the fun "Believe It Or Not Oddities Gallery."

If Route 66 is the Mother Road, then the Blue Whale in Catoosa is the jovial kid brother complete with silly baseball hat and wide tooth grin. Little is more recognizable as classic Americana than this Route 66 staple. Once built as a water attraction where children from all over flocked to swim, the Blue Whale is now better known for photo ops. Though swimming is not allowed anymore, fishing and picnicking are more than welcome.

You don’t have to wait for the fall fair season to roll around to get spectacular roasted nuts. At the Route 66 Nut House in Claremore, you can get that and much more year round. Nestled inside a rustic log cabin made from real pecan logs, visitors are welcomed with an enticing aroma of homemade fudge, cookies, breads and, of course, nuts.

Tulsa is known for its art deco architecture, as anyone driving down Route 66 through Oklahoma’s second largest city will see. The crown jewel of this unique style is the Boston Avenue United Methodist Church. This National Historic Landmark is constructed of a mix of terra cotta, granite, limestone, metal and glass in a way you have to see to believe.

Built in 1924, Cain’s Ballroom is another downtown Tulsa staple. Known as the site of the first radio broadcast of Bob Wills & The Texas Playboys, who played there regularly, Cain’s ballroom is listed on the National Register for Historic Places and is still a popular concert venue with events happening nearly every day of the week.

Regardless of your level of motorcycle love, Route 66 Harley Davidson in Tulsa is still worth a stop if you’re traveling down America’s Highway.

Oklahoma’s stretch of Route 66 has even more to offer as you continue westward. Read Motoring West on Route 66 to plan out your trip from Tulsa to Oklahoma City.