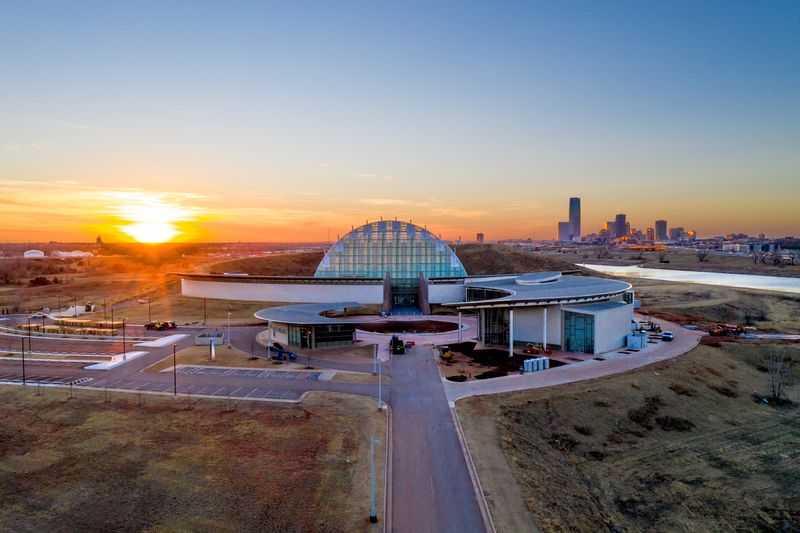 Nestled in the foothills of Oklahoma’s Ozark Mountains in Tahlequah, the Cherokee Heritage Center conveys the detailed history and vibrant heritage of the Cherokee people, as well as their time in Oklahoma. Experience how the Cherokee people lived by touring the numerous displays scattered throughout 44 wooded acres, including the Diligwa 1710 Cherokee Village.

Much more than a traditional museum exhibit, the Diligwa 1710 Cherokee Village displays Cherokee life before European contact through a tour of ancient structures and demonstrations of early cultural practices such as basketry, flint knapping and Cherokee stickball. Inside the heritage center, feel the pain of the Trail of Tears by touring an exhibit featuring life-size sculptures depicting the emotional forced removal of the Cherokees from their indigenous territory.