On a mission to explore five attractions in Oklahoma City and Norman in one day, I set out with the rest of the Oklahoma Tourism and Recreation Department team to enjoy everything from dinosaurs to the nation's fastest rental go-karts. 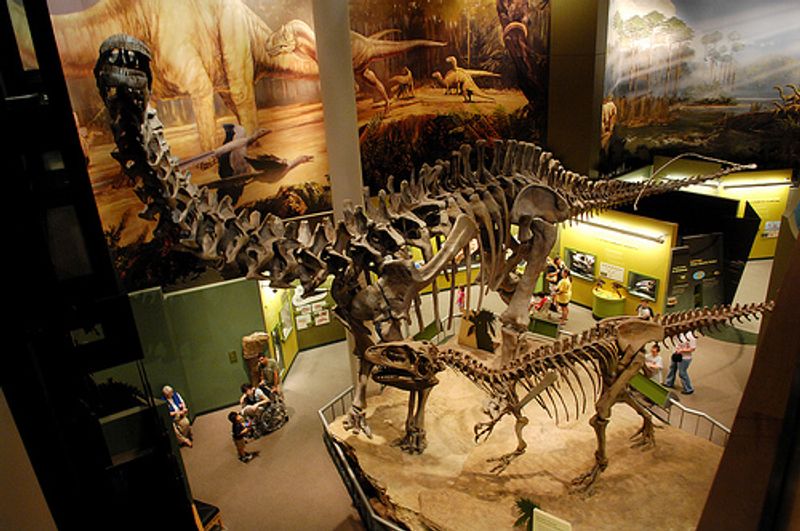 Norman is the home of the Sam Noble Oklahoma Museum of Natural History on the University of Oklahoma campus. The museum's resident dinosaurs, gargantuan prehistoric bugs, nature dioramas and walk-through cave make it extremely popular with the kids.
Photo Credit: Jennifer Pitts

After a quick meal, we made the quick thirty minute trek back to Oklahoma City and landed in the cool and comfortable confines of Science Museum Oklahoma. This is a place we’ve made several visits to in order to stay informed on its ever-changing exhibits. Today we were here to take in what we were calling the “Blow It Up Show,” otherwise known as Science Live. We enjoyed a great show dedicated to an explosive and mind-blowing experience while demonstrating chemical and physical reactions. Throughout the show audience members were selected to go on stage and assist in creating explosions, booms and flaming flare-ups all in the name of science. Needless to say, no one in the audience was bored and most sat on the edge of their seats, riveted by the well-disguised lessons being delivered on stage. While you’re at Science Museum Oklahoma, don’t miss the opportunity to learn to ride a Segway and let the kids enjoy the hands-on interactive exhibits.