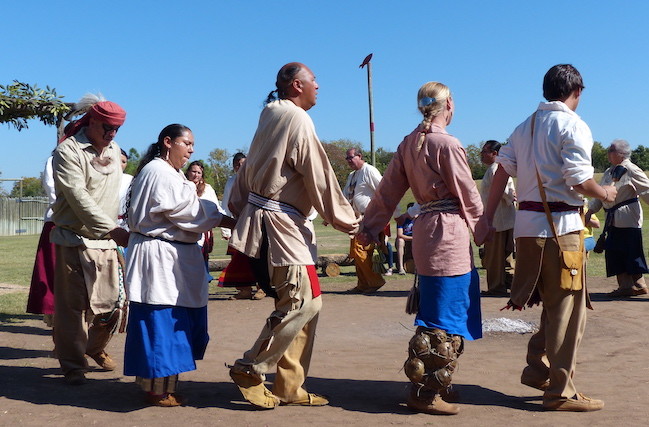 In October 2020 the ‘Chickasaw Dictionary’, originally published in 1973 by Jesse Humes and Vinnie May (James) Humes, was released in digital format as part of the Chickasaw Language Revitalization Program - an intriguing project aimed at helping preserve the language and culture of the Chickasaw Indians for future generations.

Readers can either browse through the new digital dictionary, or search for specific words - from Chickasaw to English and vice versa - and listen to the correct pronunciation.

The Chickasaw Nation is the twelfth-largest nationally recognized indigenous nation in the USA, and the seventh-largest employer in the state of Oklahoma, and it is one of the ‘named’ so-called ‘Five Civilized Tribes’ (Cherokee, Chickasaw, Choctaw, Creek and Seminole) who were removed in the early 19th century via the ‘Trail of Tears’ route from their homelands in the southeastern United States to what is now Oklahoma.

During pre-removal, the Cherokee had their own alphabet, developed by the legendary Sequoyah, and is still in use today. It was different with the Chickasaw, whose language was threatened with extinction, making the project to preserve the old mother tongue with this language programme all the more remarkable.

It is also fitting that Glenda Galvan received the Silver Feather Award this year - an accolade given by the Chickasaw Nation annually since 1999, to Chickasaw Indians who have made a special contribution to the culture, language and everyday life of the tribe.

Storyteller Galvan has, for example, published three children's books in English and Chickasaw. Having worked as a curator for the Chickasaw Nation Museum & Library and since retired, Glenda Galvan is now manager of the Chickasaw White House in Emet, OK. Many of her bilingual books such as ‘Chickasha Stories, A Shared Spirit’ now serve as an introduction to the Chickasaw language in schools.

The Chickasaw are native to southern Oklahoma. Under the name ‘Chickasaw Country’, 13 districts in the region have come together to form their own tourism and marketing organization. A highlight for visitors is the Chickasaw Cultural Center in Sulphur, OK.