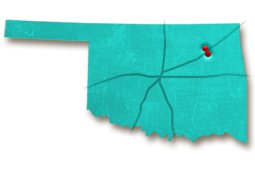 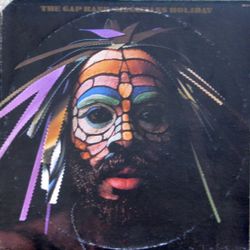 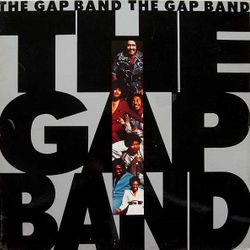 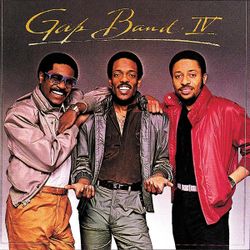 Funk, soul, rhythm and blues – such was the trademark sound of The GAP Band, a Tulsa musical trio consisting of multi-instrumentalist brothers Charlie, Robert and Ronnie Wilson. The Wilson brothers formed their band in 1967, originally referring to themselves as the Greenwood Archer and Pine Street Band, named for north Tulsa’s former African-American business hub, which ran along Greenwood Avenue bordered by Pine Street to the north and Archer Street to the south.

Early on, the brothers learned to sing and play before congregations at their father’s Pentecostal church, where their mother played the piano. All three brothers took piano lessons, with their parents insisting that they continue their musical education at home. Ronnie Wilson, the oldest of the three boys, started a band when he was 14 years old and eventually convinced his younger brothers to join.

On their way up the music industry ladder, the Wilson brothers paid their dues by performing at small venues all over the city of Tulsa, where they soon became known for their bass lines, smooth vocal hooks and funky beats. After a typo on a promotional flier changed their name from the G.A.P. Street Band to simply The GAP Band, the name stuck.

The brothers began frequenting The Church Studio, a popular music studio and hot spot owned by fellow Tulsan Leon Russell. The GAP Band caught their break in 1974 when the Wilson brothers provided bass, horns and back-up vocals to Leon Russell’s album All That Jazz. Russell signed the brothers to his label Shelter Records, and in 1974, The GAP Band recorded their debut album, Magician's Holiday.

The GAP Band rolled into the late 1970s scoring big with such singles as “I’m in Love” and “Shake,” which became a top five R&B radio hit, before clobbering the charts in 1979 with the groundbreaking single “I Don’t Believe You Wanna Get Up and Dance (Oops Upside Your Head).”