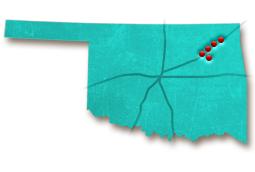 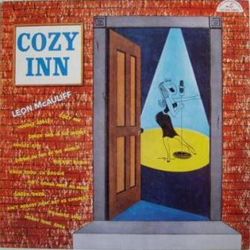 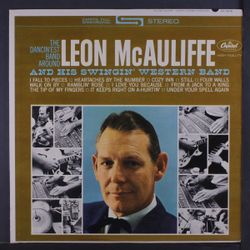 While Leon McAuliffe’s name isn’t a household word these days, for a time, it was a catchphrase etched into popular American culture. Whether you realize it or not, you’ve heard the indelible mark left behind by this guru of the steel guitar, not only in country but also rhythm and blues music.

Born in Harris County, Texas on January 3, 1917, William Leon McAuliffe began playing both regular and resonator type (also known as dobro or steel) guitar at the tender age of 14. Within a year, the young musician was playing on a local Houston radio station with the Waikiki Strummers. This was 1931, when radio performances were recorded live, with musicians huddled around a single microphone, shuffling in and out for solos. Unamplified and unwieldy, the resonator simply couldn’t compete with the horn sections of the popular country swing bands of the time, which were often led by a charismatic fiddle player. Instead, resonator guitar was relegated almost exclusively to quieter Hawaiian music trios.

Young Leon cut his teeth playing this popular music style with a trio comprised of ukulele, acoustic and resonator guitar. Within two years, 16 year-old Leon was tapped to join W. Lee O’Daniel’s Lightcrust Doughboys over the Dallas airwaves. The unusual request gave him pause. “I had no idea of playing country music or fiddle music, you know,” McAuliffe told an audio archivist for Baylor University in 1985, “So I was quite surprised when I got the call and I went up there and had to find a slot to get in to and stay out of people’s way, you know?”

By 1950, things were going so well that McAuliffe rented out the second floor of the freshly remodeled Cimarron Ballroom (originally the beautifully ornate Akdar Shrine Mosque) in downtown Tulsa. For the next decade, Leon and his band, now known as the Cimarron Boys, moved in and held court in the ballroom. During this time, they created their own record label (Cimarron Records), hosted a daily radio show over the 50k watt powerhouse KVOO, played a live dance every Wednesday and Saturday at the ballroom, and appeared in several early television variety and music shows.

As rock and honky tonk overtook western swing in popularity in the 1960’s, Leon slowed down as well, semi-retiring to mostly local gigs. Along with several other ‘traditional’ music styles, western swing enjoyed a revival in the early 1970’s, especially in and around Austin, Texas. This was due in no small part to the popularity of country-influenced ‘cosmic cowboy’ bands like Commander Cody and His Lost Airmen, Asleep at the Wheel and Willie Nelson. Even though his health was declining, Bob Wills gathered up the remaining Playboys and performed a reunion tour with Merle Haggard in 1973. Sadly, 1975 saw Bob Wills pass away and McAuliffe took over as leader of the Texas Playboys. In 1976, Leon led Bob Wills’ Original Texas Playboys as they played alongside Asleep at the Wheel on the very first episode of the PBS program Austin City Limits.