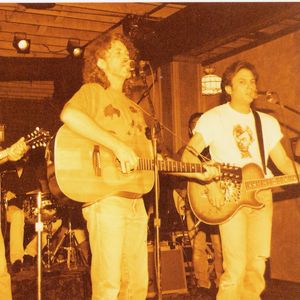 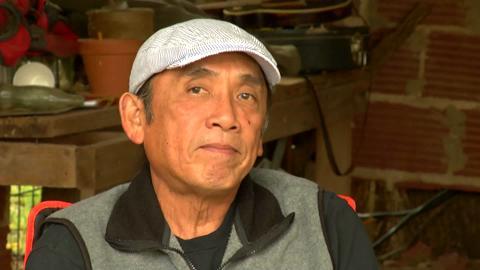 The Farm, a two-story, five bedroom yellow house situated on 149 acres near Stillwater, Oklahoma, was the undisputed birthplace of Red Dirt music. After sitting abandoned for 20 years, John Cooper and Danny Pierce, both attending Oklahoma State University at the time, rented the house in 1979. Soon afterward, a variety of singers, songwriters, artists, bands, students and free-thinkers began to descend on The Farm, making it an epicenter for creativity and live music.

“It evolved slowly. It was far enough from town to be away from local law enforcement and we had no neighbors here,” Cooper said in an interview with The Oklahoman. “It was a party house and because it was a party house, musicians found out about it...There was no ‘gotta shut it down at 2am.’ We didn’t shut it down ever,” he added. “In the ‘80s, after the bars closed down, the rally cry would go up, ‘Party at The Farm.’”

Endless jam sessions became the staple of The Farm scene with musicians and partiers taking full advantage of The Farm’s living room, front porch and expansive grounds including the main garage, which was later dubbed the Gypsy Café after it was turned into a performance space.

“The Farm was as much an attitude as a physical structure. It allowed a setting where freedom rang and all things were possible. Out of this setting came the music.”

Musicians began to camp around The Farm and some brought their own travel trailers – everyone who lived there would simply place $20 in the rent jar each month while Danny Pierce kept the grass mowed and the bills paid.

Music was a constant presence at the house and around campfires under starry Stillwater nights. The Farm was where “the sheer joy of creating music with friends transcended everything else,” said John Cooper, who rented The Farm. “The Farm was as much an attitude as a physical structure. It allowed a setting where freedom rang and all things were possible. Out of this setting came the music.”

One of the earliest musical brotherhoods to form at The Farm was the Red Dirt Rangers, which consisted of John Cooper, Brad Piccolo and Ben Han. Taking cues from the lively Stillwater music scene, the Red Dirt Rangers along with multiple other acts and musicians formed the Red Dirt sound – a mix of country, bluegrass, rock and honky tonk.

One of The Farm’s most beloved residents was Bob Childers, who is hailed as the godfather of Red Dirt. Childers, who lived in a travel trailer behind The Farm’s garage, inspired other Red Dirt musicians with his passion for the Red Dirt sound. “I found something in Stillwater that I just didn't find anywhere else,” Bob Childers said. “And I looked everywhere from Nashville to Austin. I always came back to Stillwater - it's like a fountainhead for folks trying to get their vision.”

The Farm, which served as a stomping ground for musicians including Robert Earl Keen, Garth Brooks, Cross Canadian Ragweed, Jimmy LaFave, Tom Skinner, Cody Canada and Stoney LaRue, continued to be a gathering place for musicians and music lovers alike until the late 1990s. In 1999, Bob Childers' trailer burned down and Danny Pierce moved away.

Then in 2003, The Farm was destroyed in a fire. However, the garage that Bob Childers worked so hard to remodel still stands and was the inspiration for the 2012 Gypsy Cafe Music Festival in downtown Stillwater. Although The Farm is no longer standing, it lives on in the distinctive sound of Red Dirt music heard across the country. “The magic never left; it just moved down the street,” said Steve Rice of the Red Dirt band No Justice. “The magic’s still here.”Visitors to Oklahoma can still experience the Red Dirt sound at some of the state’s best live music venues including the Tumbleweed Dance Hall and State Room Bar in Stillwater and Cain’s Ballroom in Tulsa.