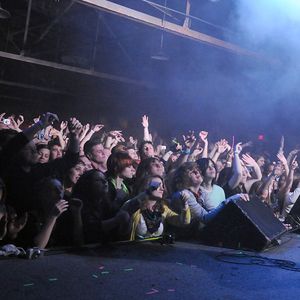 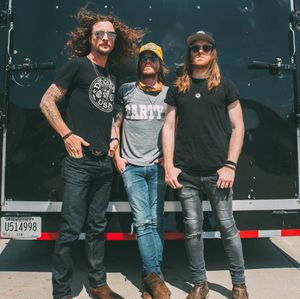 Cain’s Ballroom, the world famous dance hall and live music venue located at 423 North Main Street in Tulsa, is rightfully known as the “Carnegie Hall of Western Swing,” as well as the one-and-only home of Bob Wills. From 1935 to 1942, Bob Wills and The Texas Playboys used Cain’s Ballroom as their creative command and control center to popularize a brand new sound of western music called Western swing, a form of country and western utilizing hefty amounts of jazz, hillbilly, boogie and blues mixed with sprinklings of big band swing, rhumba, mariachi and jitterbug music.

Referred to as a “blue collar palace,” Cain’s Ballroom in the Tulsa Arts District is famous for the maple dance floor, which is mounted on sets of Dodge truck springs. Built in 1924 as a car garage for Tate Brady, entrepreneur, politician and early booster of Tulsa, the building eventually became the Louvre, a relatively short-lived, Prohibition-era club. In 1930, Madison W. “Daddy” Cain purchased the building and christened it Cain's Dance Academy, an establishment dedicated to dance instruction in the waltz and the Charleston.

Cain's became the place to be, a venue to dance to cutting-edge music, to fall in love and to drink Prohibition-era bootleg whiskey purchased in the nearby alleyways.

That lasted until party-goers at Cain’s heard the new sound called Western swing, that “hot hillbilly music,” brought to them by Bob Wills and The Texas Playboys. Cain’s establishment became the place to be, a venue to which thousands came to dance to cutting-edge music, to fall in love and to drink Prohibition-era bootleg whiskey purchased in the nearby alleyways. In those days, Bob Wills held weekly dances at Cain’s Ballroom, as well as a daily noon-hour program and a midnight radio show on KVOO broadcast from the top floor of the Philtower Building.

Bob Wills eventually moved to California and his brother, Johnnie Lee, took responsibility for the daily radio broadcasts and the weekly dances right up into the 1940s and 1950s. Wills came back to Cain’s Ballroom in 1957 but, by then, musical tastes had changed and the legendary era defined by the master musician and showman had ended.

But Cain’s Ballroom lived on.

In 1976, music promoter Larry Shaeffer bought the building and began using it to showcase such rising national touring acts as Pat Benatar, Talking Heads, INXS, the Pretenders, the Police and the Sex Pistols. Sid Vicious allegedly punched a hole in the wall at Cain’s Ballroom when The Sex Pistols played there in 1978 – young rockers still place their fists in this hole as homage to the Pistols.

“Ten full books could be written about what happened here,” said Shaeffer, who owned the Cain’s Ballroom for nearly twenty years. “Thousands of people are married because of Cain’s.”

"Ten full books could be written about what happened here...thousands of people are married because of Cain's."

The historic Cain’s Ballroom has become something of an entertainment mecca for artists. Even Bob Dylan sought a gig at Cain’s as part of his 2004 tour.

“We live down near Gruene Hall [Texas’ oldest continuously operating dance hall], and everybody brags about the place,” said Cody Canada of Cross Canadian Ragweed. “We say, ‘Yeah, we kind of grew up on that, too.’ Only we had one honky-tonk, Cain’s, and it feels like it belongs to us, not just us, but to all musicians.” Cross Canadian Ragweed bass player, Jeremy Plato, added, “It’s our cathedral. Aside from all the history, it’s also a cool place to play.”

Shaeffer said even young rockers who play Cain’s Ballroom demonstrate awe for the legacy of Bob Wills and the many other legendary country and western stars who performed there decades ago and whose portraits adorn the walls at Cain’s today.

“They could feel the ghosts,” Shaeffer said.

Today, patrons can still see the original ticket booth and original five-piece drum set from Texas Playboy Smokey Dacus, as well as a long bar and sofa where Hank Williams once passed out in lieu of playing his second show. Cain’s Ballroom was listed in the National Register of Historic Places on September 4, 2003.