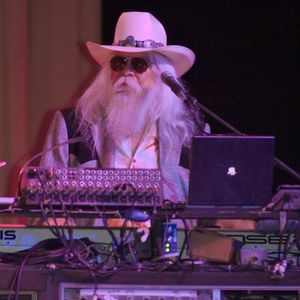 Celebrate the state’s rich music culture at the prestigious Oklahoma Music Hall of Fame. Located in Muskogee’s Frisco Freight Depot at 401 South 3rd Street, the Oklahoma Music Hall of Fame (OMHF) was first conceptualized in 1995 and put into action in 1997. Since then, the association has honored those Oklahomans who have made lasting impacts on the state’s musical heritage.

As a combination museum and awards association, the Oklahoma Hall of Fame is a treasure trove of “Who’s Who” in Oklahoma music, spanning from the first inductees — Merle Haggard, Patti Page, Woody Guthrie and Claude “Fiddler” Williams — to more recent inductees like Jana Jae, Elvin Bishop, JJ Cale and John Fullbright. Not all of the inductees are famous musicians, however. Some have been honored for their continued support of the musical arts in Oklahoma, like 2011 inductee Gene Triplett, a journalist who spent over three decades writing and reporting about the state’s music scene.

As a combination museum and awards association, the Oklahoma Hall of Fame is a treasure trove of “Who’s Who” in Oklahoma music.

Looking back through the Oklahoma Hall of Fame’s timeline wouldn’t be complete without examining its humble beginnings in the Oklahoma State Legislature. Muskogee was designated as the site of the Hall of Fame in a concurrent resolution authored by Representative Barbara Staggs and Senator Ben Robinson and championed for by Representative Bill Settle. The resolution passed in 1996, and the Oklahoma Hall of Fame began to take shape. Although the OMHF has hosted an induction ceremony nearly every year since 1997, the association hasn’t always lived within the Frisco Freight Depot. That move came about in October 2003, and the OMHF has remained in the depot ever since.

What started as a small idea has grown into a big accomplishment for Oklahoma’s musicians. In fact, singer Kristin Chenoweth said her induction was one of the best nights of her life.

“People ask me what the best moment in my career has been so far... and this is something I’ve always wanted since I was a little girl, because music is an extension of me,” Chenoweth said during the 2011 induction ceremony. “I love it so much. And it is my honor and pleasure to be here and be a part of this prestigious club.”

Although the Oklahoma Music Hall of Fame is based in Muskogee, past induction ceremonies have been held in Tulsa at the Mabee Center and Cain’s Ballroom, and in Bristow at the Freehand Center. Each ceremony features amazing live shows, and past performers have included Roy Clark, David Teegarden and Jimmy Webb. In 2000, the ceremony was also the last time the original members of Color Me Badd performed together. The song was a touching tribute called “Remember When” that was written for the victims of the Oklahoma City bombing.

The Oklahoma Music Hall of Fame induction ceremony is held each fall, but the board of directors stays busy all year long producing events like “Live at the Frisco Depot” each Thursday night at 8pm, which showcases local, regional and national musical acts. In 2016, the OMHF also teamed up with several Muskogee-based groups for G Fest, featuring performances by folk and country acts like Merle Haggard, The Avett Brothers and Old Crow Medicine Show.

In addition to the ongoing events organized by the Oklahoma Music Hall of Fame, the venue also hosts the “Oklahoma Music Shop,” a statewide weekly television show that’s taped in front of a live audience at the Frisco Depot. The show airs Saturdays at 11:30am on Oklahoma City’s KSBI, Saturdays at 3:30pm on Tulsa’s CW Network and Sundays at 6:30pm on OETA. Past “Oklahoma Music Shop” guests have included Roy Clark, Annie Oakley, John Fullbright and Grady Nichols.

The “Oklahoma Music Shop” first aired in June 2015, and a total of 26 episodes were recorded during the first year. Each episode features a host, special musical guest, short interviews and live performances.

Another important aspect of the Oklahoma Music Hall of Fame is its museum, which is open Tuesday through Saturday from 10am to 4pm in the Frisco Depot. Visitors are invited to stop by and take a guided tour of larger-than-life posters, signed guitars, photos and outfits from the state’s native performers.

Looking toward the future, the Oklahoma Music Hall of Fame plans to continue hosting its award ceremony, TV show and music events while staying true to its mission: “To honor, preserve, and promote the rich music heritage of The State of Oklahoma.”