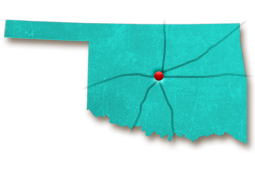 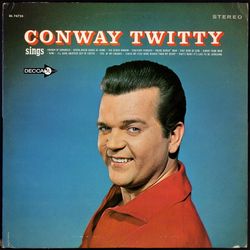 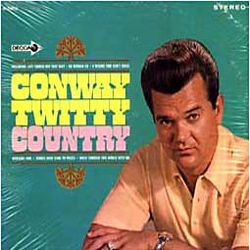 The career of Conway Twitty – legendary singer, songwriter, producer and recording artist who once made his home in Oklahoma City – spanned the infancy of rock and roll to the country music craze of the 1960s and '70s. He became known for some of the most celebrated standards in country music including “Hello Darlin’,” “You’ve Never Been This Far Before,” “Goodbye Time,” “Linda On My Mind,” “I’d Love to Lay You Down,” “Tight Fittin’ Jeans” and “That’s My Job.”

Born Harold Lloyd Jenkins on September 1, 1933 in Friars Point, Mississippi, Conway Twitty received his first Sears & Roebuck guitar at the tender age of four. The young Twitty formed his first band, the Phillips County Ramblers, at age 10 and went on to work as a carhop during his teenage years before being drafted by the Philadelphia Phillies to play baseball after high school graduation.

In total, Conway Twitty sold more than 50 million records, performed for tens of millions of fans and earned more than 100 major industry awards.

However, Conway’s baseball dreams never came to fruition, as he was drafted into the U.S. Army soon after graduation. Stationed in Japan, Conway formed a uniformed country band called The Cimmarons, which played the local Army bases and even appeared on Armed Forces radio. When Twitty returned home from military service in the mid-1950s, he became swept up in the rock and roll furor surrounding Elvis Presley and headed to Memphis.

Soon, Twitty caught the attention of record execs with his soulful vocals. The young singer soon found himself recording at Sun Records with the likes of Presley, Johnny Cash, Carl Perkins and Jerry Lee Lewis. The aspiring rocker inked a deal with MGM records. In 1957, the future country star took his famous stage name, combining the names of two cities – Conway, Arkansas and Twitty, Texas. A year later, Conway Twitty scored his first smash single, the No. 1 hit titled “It’s Only Make Believe.”

With his rock and roll career in high gear, Twitty went to work, recording three gold records. However, Conway longed to play country music. After playing sock hops and dance clubs for nearly eight years, Twitty answered his heart’s calling, left the rock and roll stage for the last time, and embarked upon what was to become a legendary country music career.

While signed with MCA/Decca in 1965, Conway released several singles before scoring his first No. 1 country hit, “Next in Line.” Twitty kept the stride, charging ahead to record 50 consecutive No. 1 hits, a feat unmatched in music history. Conway Twitty soon partnered with Loretta Lynn, the top female vocalist of the time. Their popular duets made them two of the most decorated male/female duos in country music history with such recordings as “Louisiana Woman, Mississippi Man,” “After the Fire is Gone” and “Lead Me On.”

After much success, Twitty moved to Oklahoma City and lived there for 12 years before moving to Nashville in 1975. While in Oklahoma City, Twitty teamed with Governor J. Howard Edmondson and country music star Merle Haggard to open The Twitty Burger Restaurant at 7200 South Western Avenue. The establishment featured the following 100 percent ground beef burgers: the Papa Twitty for the large appetite, the Mama Twitty for the medium appetite and the Bitty Twitty for the wee appetite.

A slice of American cheese, two strips of bacon and a fried slice of pineapple were the trademarks of the Twitty burger.

A slice of American cheese, two strips of bacon and a fried slice of pineapple were the trademarks of the Twitty burger. Conway’s Twitty Burger restaurant seated 120 people, featured western décor with roughhewn beams on a cathedral ceiling, natural stone and leather. A logo featuring a Tweety bird playing a guitar adorned the sign out front, as well as the menus and glassware.

The restaurant closed the following year and Twitty dropped his dream of opening additional Twitty Burger restaurants across the United States, Canada and Europe. Around that same time, Twitty released his monster country hit “Hello Darlin’,” a song owning a top spot on the country charts for nearly four weeks. Twitty’s mega hit provided him with the necessary cash to pay back his restaurant investors.

While in Oklahoma City, Twitty could be seen dining at the old Sooner Barbeque in south Oklahoma City, as well as Fuzzy’s Supper Club, once located at 1232 Classen Boulevard. At different times during his long career, Twitty played at the Tulsa Mabee Center, and at such Oklahoma City venues as Springlake Amusement Park and State Fair Park. In total, Conway Twitty sold more than 50 million records, performed for tens of millions of fans and earned more than 100 major industry awards. After his passing in 1993, Conway Twitty was inducted posthumously into the Country Music Hall of Fame.

Recreate the famous Twitty Burger at home and say “Hello Darlin’” to this hearty creation: