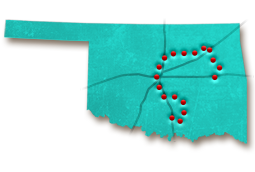 The earliest form of country music was brought to life in the United States by immigrants to the southern Appalachian Mountains, located east of Oklahoma. There, country tunes were performed on Old World instruments like the banjo, guitar, mandolin, fiddle and dulcimer. While the country and western music of today defies definition, it is often influenced by the ballads and dance tunes that took the southern U.S. by storm in the 1920s.

The genre is classified by string instruments and simple harmonies and has a strong following throughout the country. One of the most popular forms of American music, the country/western genre picks up pieces of blues, folk, gospel, Irish and even Tejano styles to create a one-of-a-kind sound. Like many other genres, the country and western form is characterized as much by a group of people as it is by its lyrics or melodies. The white working class of the South has always been the core audience for the genre and the lyrics often romanticize rural life and highlight the ongoing struggle for lasting love.

Perhaps it is those running themes of hard work and a fondness for rural life that has made Oklahoma a hotbed for country and western music. Oklahoma maintains a strong presence in the genre and has the artists and venues to prove it. In fact, the first person to ever make a country music recording was Oklahoma native, fiddle player and Confederate veteran Henry Gilliland.

While the genre was dominated by string bands throughout most of the 1920s, the 1930s brought a focus on vocals and put the entire cowboy lifestyle on center stage. Singing cowboys were all the rage and Oklahoma had plenty of them, namely Oklahoma’s famous singing cowboy Gene Autry. In the years that followed, the state’s country legacy blossomed even more when Bob Wills’ famous voice spread to radio sets all over the country through broadcasts recorded at Cain’s Ballroom in Tulsa.

Following World War II, traditional country music took on the sound of honky-tonk, also fondly referred to as “beer drinking music,” which got its start in the oil boom towns throughout Oklahoma and the surrounding states. Marked by a dance beat and electric instruments, this new country music era maintained strong Oklahoma ties with budding artists and honky-tonk venues still open today like the Tumbleweed Dance Hall and Willies Saloon in Stillwater. In recent years, country music has been influenced by a variety of other genres, but many of the original themes and sounds have stayed the same.

By the 1960s and '70s, Oklahoma natives ruled the country airwaves and ushered in an era of Oklahoma country music royalty. In the early '60s, seven-year-old Vince Gill was honing his guitar skills and smooth voice at his very first public show at the opening of Warr Acres City Hall while Tulsan Roy Clark was bringing the country lifestyle to television and cracking up audiences everywhere hosting Hee Haw.

Just a few years later, Ronnie Dunn was dropping out of college to pursue music in Tulsa’s famed honky-tonk joints while Toby Keith was working the Oklahoma oil fields that inspired his platinum album Boomtown. By the early 1990s, Garth Brooks had become a household name and Blake Shelton was getting his start on the smalltown McSwain Theatre stage in Ada. And in 2005, when Carrie Underwood became the newest American Idol, she gladly followed in the footsteps of fellow Oklahoman Reba McEntire who had conquered Broadway, television and put two dozen successful albums behind her. 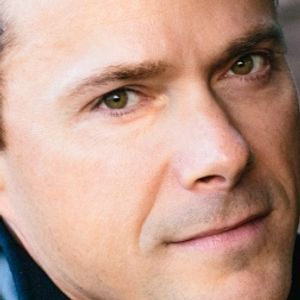 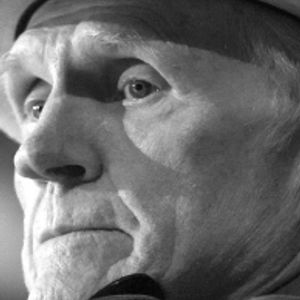 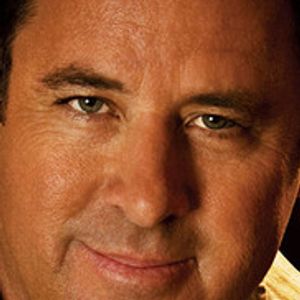