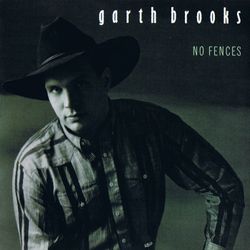 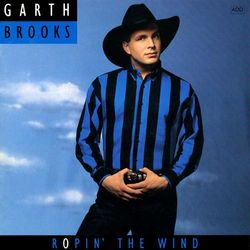 The story of Garth Brooks is one of a hardworking Oklahoma musician who, while paying his dues in Oklahoma honky tonks and local pubs, held tight to his dream of hitting the big time. When Garth set out for Nashville in 1985, he began charting a course to establish the new definition of “big” in the American music industry.

Garth Brooks entered the world on February 7, 1962, to parents Raymond and Colleen Carroll Brooks, then of Tulsa. From the beginning, Garth has come by his talent naturally. Garth’s mother, herself an accomplished performer who enjoyed a contract with Capitol Records in the 1950s, sang on Red Foley’s Ozark Mountain Jubilee, one of the first regularly aired country music shows on television, running on ABC from 1955 to 1960.

“I had what they used to call a cigarette-alto,” Colleen once remarked. “They said I was kind of a cross between Jo Stafford and Frank Sinatra.” Of his late mother, Garth once said, “Totally professional. She’s got the best voice I ever heard from a female.”

While at OSU, Garth threw the javelin on the university track team, performed his music at popular Stillwater night spots like Tumbleweed Dance Hall and carried out bouncer duties at Willies Saloon (now State Room Bar) on the Stillwater Strip. He also found time to work at Dupree Sports, a Stillwater sporting goods store.

Garth majored in advertising while at OSU, but many who knew him recognized his knack for marketing and his love of performing. “I always knew Garth was going to make it,” said Dale Pierce, a track team member and banjo player who lived in the same OSU residence hall as Garth. The two made it a habit of jamming all night in the residence hall lobby.

“Garth and I use to more or less keep everybody up, until they’d kick us out,” Pierce said. “He always had a stage presence, even just sitting and picking in the living room. He’d be singing in the hall, and people would just stop and turn around and look.”

“He always had a stage presence, even just sitting and picking in the living room. He'd be singing in the hall, and people would just stop and turn around and look."

To one guitarist who hung out at wild Willies, a campus bar where Brooks performed on Wednesday nights, Garth seemed the unlikely candidate for super stardom. He came across as something of an outsider in Stillwater’s music scene, playing mostly cover versions from artists like Dan Fogelberg, Don McLean and Neil Young. “It’s kind of funny, of all the local musicians, he’s not the one I would have picked to become a star,” he said.

Garth left Stillwater for Nashville in 1985. Two years later, Garth married Sandy Mahl, who he had met while working as a bouncer in Stillwater. Together, they paid their dues in Music City while Garth waited for his break. They cleaned churches, worked in retail and Sandy even sold flowers in a Wal-Mart parking lot to make ends meet.

In 1989, Garth signed with Capitol Records and released his self-titled first album, which enjoyed moderate success. His third album, Ropin’ the Wind, debuted at No. 1 on the pop charts, the first country album ever to do so. Garth has made numerous albums since, selling more than 150 million in all. He retired in 2000, but began performing again in 2009.

Garth now holds the distinction of being the biggest-selling solo artist in American music history, having passed the Beatles as the top-selling act of the last two decades. Among his honors are various Grammy Awards, American Music Awards, Country Music Association (CMA) Awards, Academy of Country Music Awards and People’s Choice Awards. Most recently, he took home Entertainer of the Year at the 50th annual CMA Awards in 2016.

Garth’s 1997 show in Central Park drew the largest crowd to ever attend a concert at the venue. Garth Live From Central Park proved the highest rated original program on HBO and the most watched special on cable television that year, drawing 14.6 million viewers and earning six Emmy nominations.

Garth created an eclectic new style consisting of a mix of music he grew up with – country, honky-tonk and Southern rock. Brooks single-handedly brought country music to an audience outside the genre’s normal constraints with such hit singles as “'Ain't Goin' Down ('Til The Sun Comes Up)”, “Friends in Low Places,” “The Dance,” “If Tomorrow Never Comes” and “The Thunder Rolls.”

Brooks credits his home state of Oklahoma with preparing him for his journey along the musical highway. “Just to be raised in Oklahoma puts you on the board in the game of life,” Brooks said. “Don’t be afraid to go anywhere in the world. If you were raised in Oklahoma, you were raised with all you need. There’s a rightness and a goodheartedness there that’s not anywhere else. There’s only one Oklahoma.”

Despite an amped up presence in Nashville these days, Garth, along with wife Trisha Yearwood, raised their family on a 2,000-acre ranch in Owasso, Oklahoma.