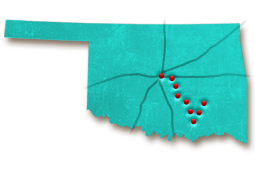 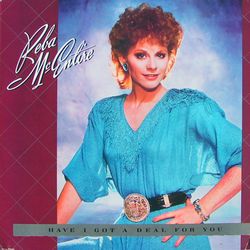 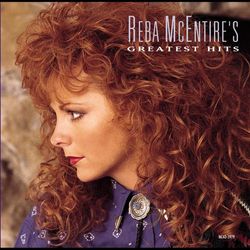 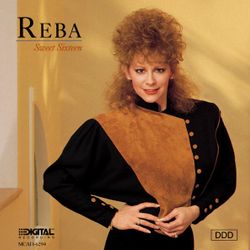 She’s now a household name and one of the biggest country stars of all time, but Reba McEntire had a humble beginning in small town Oklahoma. Today, McEntire is called the “Queen of Country” and is known for mega hits like “Is There Life Out There,” “The Night the Lights Went Out in Georgia,” “Fancy” and “Consider Me Gone.” Long before she became a country music icon, she graced the stage at Ada’s McSwain Theatre and sang her heart out in countless rodeo arenas throughout Oklahoma.

Born in McAlester, Oklahoma, and raised on a ranch in nearby Chockie, the redhead cowgirl and self-proclaimed “kid from the sticks” got her start in music at home. Reba’s musical mother and champion steer roping father had the family performing on rodeo stages from the time Reba was just a girl. Some of her earliest performances were at school, where she wowed a commencement ceremony audience at Kiowa High School with her rendition of “He” at just seven years old.

Part of what has made Reba so appealing to fans over the years is her authentic demeanor and independent, spunky personality, which she attributes to her Oklahoma upbringing.

Taking after her dad and grandfather, who both won the title of Steer Roping World Champion, Reba started competing as a horseback barrel racer in Oklahoma rodeos at 11 years old. As she got older, her passion for music blossomed and she started spending less time on the arena floor and more time on the stage. By the time Reba was a student at Kiowa High School, the Singing McEntires were performing on local radio and recorded “The Ballad of John McEntire,” an ode to their grandfather, in Oklahoma City under an independent label.

As a member of the Kiowa High School Cowboy Band and later part of a college singing group at Southeastern Oklahoma State University in Durant called the Chorvettes, Reba continued on the musical path while pursuing a degree in elementary education. Finally, in 1974 at the National Finals Rodeo in Oklahoma City, Reba got her big break. Veteran cowboy and western music star Red Steagall heard Reba sing the national anthem at the rodeo and helped put the small town cowgirl on track to big time fame.

Although McEntire was not an instant hit in the country music industry, her fourth album, 1981’s Heart to Heart, finally gave Reba the attention she deserved. Three years later, the artist signed with MCA Nashville Records and created an album with songs originally released by legends like Ray Price, Carl Smith and Faron Young. By 1989, Reba was a household name. Her fourteenth studio album, Sweet Sixteen, was released in May 1989 and spent sixteen weeks at number one on the Billboard Top Country Albums Chart.

Her success continued and fans began to anticipate her music videos as much as her singles. The videos were described as “mini-movies” and her leading role in them led to a career in movies and television. A full-blown theater career came in 2001 after her turn on Broadway’s “Annie Get Your Gun.” By the end of that year, her own sitcom, Reba, was premiering on the WB Network to rave reviews.

Reba McEntire has been setting records and gaining fans ever since. She’s sold more than 50 million albums, had over 30 Billboard No. 1 country songs and has experienced major success in film, television and even live theater. Between 1985 and 1992, Reba had 24 straight Top 10 hits and 14 No. 1 singles. By 2001, Reba was releasing her 27th album (exactly 27 years after being discovered in Oklahoma City), kicking off a 24-city all-female country tour.

The title track from her 2010 album “All The Women I Am” summed up her loyalty to her home state perfectly with the lyrics, “I’m a daughter of the red dirt; Okie dust still in my bones.”

Part of what has made Reba so appealing to fans over the years is her authentic demeanor and independent, spunky personality, which she attributes to her Oklahoma upbringing. “Every year has gotten better,” she said in a 1992 interview. “Mommy and Daddy were my role models- they never started anything they didn’t finish. No sir! And I want to do lots of things.”

Her Oklahoma roots run deep and no amount of fame can draw her too far from her home state. She has headlined multiple sold-out concerts for tornado relief in recent years and has hosted benefits for local causes throughout her career. The title track from her 2010 album All The Women I Am summed up her loyalty to her home state perfectly with the lyrics, “I’m a daughter of the red dirt; Okie dust still in my bones.”

McEntire’s success as a highly acclaimed country music star continues today with more than two dozen albums and a Golden Globe nomination under her belt. McEntire is one of the most accomplished country music artists of all time with numerous Academy of Country Music Top Female Vocalist Awards and American Music Awards for Favorite Country Female Artist.