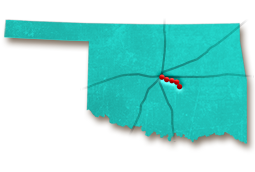 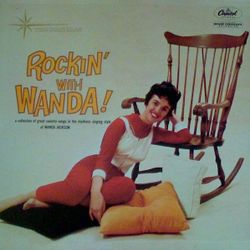 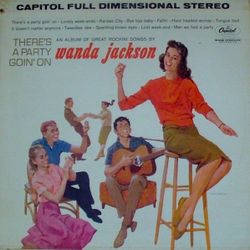 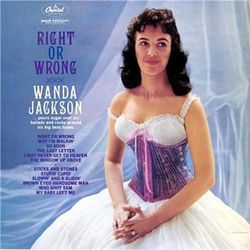 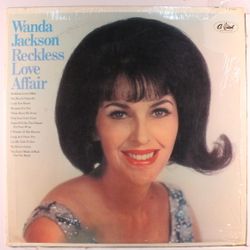 Wanda Jackson, the husky voiced “First Lady of Rockabilly” and America’s first female rock and roll singer, was born in Maud, Oklahoma on October 20, 1937. The only child of Tom and Nellie Jackson, Wanda went on to become a true music pioneer, helping lay the foundations of rock and roll itself.

While still a student at Capitol Hill High School in Oklahoma City, Jackson won a local talent contest on local KLPR radio in 1952. As a reward for winning, Wanda landed her own 15-minute daily radio show on KLPR. Soon after, country star Hank Thompson moved to Oklahoma City and began playing gigs at the Trianon Ballroom, a well-known music venue in downtown where Hank would entertain crowds with his unique blend of Western swing that bordered on rockabilly.

After hearing Wanda’s radio show, Hank called the station and invited the young up-and-comer to perform with his Brazos Valley Boys at the Trianon. “I just about fainted when I found out it was Hank Thompson calling me, because I didn’t even know he lived in the Oklahoma City area,” Jackson said. “Thompson was my favorite singer of all time, and he still is. Hank liked me, saw potential, and took me under his wing. He got both of my recording contracts. He became my mentor.”

Wanda told Thompson she would love to perform with him, but would need permission from her parents first. Confused that the ingénue with the rough, older-than-her-years vocals would need her parents’ permission, Hank asked her age. When Wanda innocently told Hank that she was only 15 years old, Thompson famously replied, “Ain’t that somethin’!”

With her parents in attendance, Wanda Jackson began performing with Hank at the Trianon. Soon thereafter, Wanda made her first demo tape at Thompson’s studio and began shopping around for a record deal, which turned out to be harder than it originally seemed. During that time, there were plenty of female pop singers but very few solo female country artists, especially ones as young as Wanda.

Jackson recorded “You Can’t Have My Love,” a duet with Thompson’s bandleader Billy Gray, which soon broke into the Billboard country charts at No. 7 and landed Wanda, then still a junior in high school, a record deal with Decca Records. Although music executives soon began pushing Wanda to move to Nashville, she chose to stay in Oklahoma City in order to remain close to her mentor Thompson.

The success of “You Can’t Have My Love” landed Wanda on the Grand Ole Opry stage and, in 1955, barely three years after winning the talent contest on KLPR, she joined the Ozark Jubilee, an ABC television network show hosted by country music legend Red Foley. In July that same year, roughly two months after graduating from high school, Jackson began touring the country with another star from the Ozark Jubilee – a fellow named Elvis Presley, whose company she enjoyed from the day of their first meeting.

“I had never heard of him, but I was very impressed with him from the beginning, with his appearance and also his manners,” Jackson said. “We dated, and I still wear his ring around my neck. We got along fabulously. Our dating didn’t amount to much because we were always on the road working, and then I would go home to Oklahoma and he to Memphis. But he would call every day. We really liked each other.”

Presley persuaded Wanda to change her style by adding rock and roll elements, which Elvis predicted would soon explode onto the American music scene. “Elvis took me to his home in Memphis when we worked there,” Jackson said. “We were in his bedroom with his record player and records and he sang me songs in his style and showed me how I could do them.”

Wanda soon began experimenting with songs that mixed her country background with a blues-inspired rock and roll sound. “I Gotta Know,” a country-rockabilly hybrid song, was one of Wanda’s first ventures into rock and roll. After signing with Capitol Records in 1958, Wanda recorded “Fujiyama Mama,” which became a huge hit in Japan. Jackson found domestic success when a Des Moines disc jockey used her single “Let’s Have a Party” as his theme song in 1960.

"I always loved her stage dresses with the trademark fringe. When she got to rockin', it looked like someone was shaking a Christmas tree."

Capitol Records soon released “Let’s Have a Party” as a single and it roared up the rock and roll charts. On stage, Wanda exuded a feisty persona, wearing tight silk dresses, long earrings, high heels and blazing red lipstick. She sang with a sexy, growling, wildcat voice – a technique copied numerous times over the years by female artists in various genres. Roy Clark, fellow Oklahoman and Wanda’s former bandleader, once remarked, “I always loved her stage dresses with the trademark fringe. When she got to rockin’, it looked like someone was shaking a Christmas tree.”

From the 1960s to the early 1970s, Wanda became a fixture on the Las Vegas nightclub scene, performing for crowds of rockabilly fans. Overall, Jackson charted 30 country hits from 1954 to 1974 and was twice nominated for a Grammy Award for Best Country Vocal Performance by a Female. She was also inducted into the Rock and Roll Hall of Fame and received the Lifetime Achievement Award from the American Music Association in 2010.

In 2011, Wanda released the album The Party Ain’t Over with Jack White of the White Stripes to rave reviews. Wanda Jackson continued to tour internationally until 2019 when, at age 81, she retired to focus on her health.