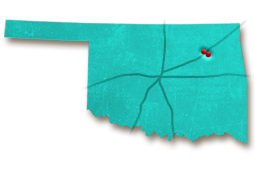 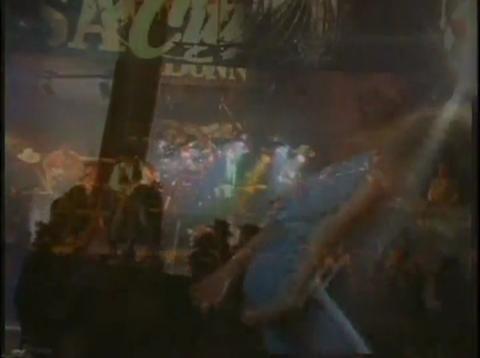 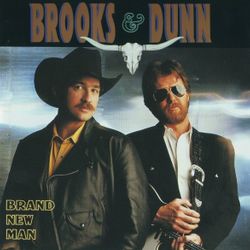 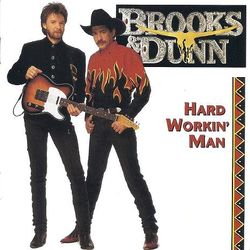 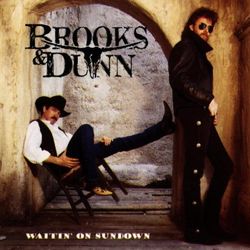 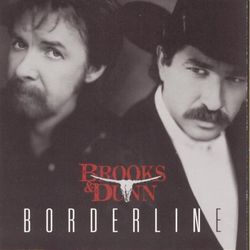 Dunn’s childhood played out like a country song across the states of Texas, New Mexico, Arkansas and Oklahoma, with Ronnie growing up with a church-going mother and a hard-living, hard-drinking, country music singing, rough-and-tumble father who worked the oil fields. “I went to 13 schools in 12 years,” Dunn said. “We moved all over the place. Music was the only thing that I could get behind...I wasn't that good at socializing. I'm still not.”

Dunn grew up playing the sax and bass during school and listened to old Ace Cannon records before performing in his father’s country band. After deciding to pursue country music full-time, Dunn moved to Tulsa where he and his band recorded for a local record label between 1983 and 1984.

“If a song had the right beat, the cowgirls would dance – and the cowboys would join to get close to the ladies. If cowgirls dance, everyone stays happy.”

“In the 1980s the live music scene in Tulsa was on fire,” Dunn said. “I learned to appreciate that hardworking people go out on weekends to listen to music and have a good time. If a song had the right beat, the cowgirls would dance – and the cowboys would join to get close to the ladies. If cowgirls dance, everyone stays happy.”

In 1988, Ronnie won a Marlboro Talent Search songwriting contest and scored a recording session in Nashville as a result. This led to Dunn’s material making it into the hands of Arista executive Tim DuBois. Liking what he heard, Tim introduced Ronnie to another new talent on the scene: Kix Brooks. After encouraging the duo to record some demo songs together, the chemistry between the two musicians was undeniable. DuBois signed both of them, the newly-minted Brooks & Dunn, to a recording contract in 1990.

1992’s “Boot-Scootin’ Boogie,” their well-known hit from the duo’s debut album Brand New Man, was filmed at Tulsa City Limits, a well-known bar in Tulsa (now the Krystal Palace Event Center). The single helped re-popularize line-dancing across the U.S. and the album Brand New Man scored the duo four No. 1 singles and was certified multi-platinum.

Brooks & Dunn wound up becoming country music’s most award-winning duo of all time, garnering ACM’s Entertainer of the Year four times. They reeled in 20 Country Music Association Awards and 26 Academy of Country Music Awards, more than any other artist in CMA and ACM history. All told, Brooks & Dunn sold in excess of 30 million albums.

Ronnie Dunn and Kix Brooks retired the Brooks & Dunn duo in August of 2009, performing their final concert on September 2, 2010 at the Bridgestone Arena in Nashville. Dunn continued recording for Arista Nashville as a solo artist, releasing a self-titled album in 2011 which included the Top 10 country hit “Bleed Red.” In April of 2014, Ronnie released his first independent album, Peace Love and Country Music, through his own Little Will-E Records.

In 2006, Ronnie Dunn was inducted into the Oklahoma Music Hall of Fame in Muskogee.