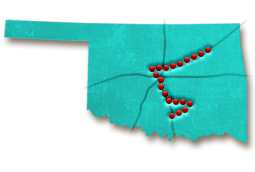 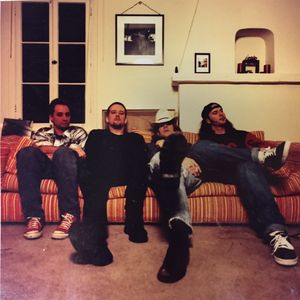 If you spent any time listening to alternative rock radio in the 90s, it was hard to miss the Nixons. The band rocketed to fame during the tail end of the grunge era with their hit 1995 single, “Sister,” a warm and wistful ballad that spent weeks on the Billboard 200 and alternative rock charts. Before the Nixons were sharing stages worldwide with bands like Radiohead, No Doubt and KISS, they were just four kids in Oklahoma City with a drive to make music.

Over the course of their productive career, the Nixons released three major studio albums, along with a smattering of independent releases and EPs, including five charting singles and a generous helping of MTV airplay. The band toured extensively during this period, playing roughly 300 shows a year all over the world. The Nixons disbanded in the year 2000, after a decade of making music, leaving behind a legacy as one of Oklahoma’s most successful alternative rock bands.

Before the Nixons were sharing stages worldwide with bands like Radiohead, No Doubt and KISS, they were just four kids in Oklahoma City with a drive to make music.

While the Nixons worked from the grunge blueprint drawn up by bands like Nirvana and Pearl Jam, the band softened some of their hard rock edges with a heavy dose of heart. The aforementioned smash, “Sister,” remains one of the most tender and soulful alt-rock songs of the era. “The song started as a letter to [my sister] after she moved to Los Angeles to take a job,” singer and guitarist Zac Malloy told the Fort Myers News-Press. “I wanted to let her know how proud I was of her for making the big move and also tell her how much I missed her.” This emotional resonance gave the band an edge over many of their peers, and helped them stand out in a crowded field—a difficult feat during a time of heavy saturation in the world of alternative rock.

Another challenge was getting the band off the ground in a local scene where they didn’t always seem to fit. “It was very hard at first,” drummer John Humphrey told The Morning Call in 1996. “[Oklahoma City] is mainly known for country music . . . and here we were doing a full night of all-original, high-energy rock 'n' roll.” While the band’s early days may not have been without their hurdles, Oklahoma proved to be a significant launching pad for the Nixons. The band got their start at venues like the Deli in Norman and VZD’s in Oklahoma City, laying the groundwork for their eventual rise to some of the most famed stages in the world.

Central Oklahoma’s Frontier Country may have been home base for the Nixons, but the band’s history reaches other parts of the state as well. Singer and guitarist Zac Malloy was born and raised in Ada, where he developed his love of songwriting at an early age. The town would remain an important part of Malloy’s story throughout his years with the band, continuing into his current career as a successful Nashville songwriter. “I’ve written songs for Carrie [Underwood], Blake [Shelton], Tim McGraw, and more,” Malloy writes on the website for his Oklahoma Songwriters Festival. “But the first song I wrote was in a basement in Ada, Oklahoma.”

“I’ve written songs for Carrie [Underwood], Blake [Shelton], Tim McGraw, and more,” Malloy writes on the website for his Oklahoma Songwriters Festival. “But the first song I wrote was in a basement in Ada, Oklahoma.”

Music continued to call the other members of the band as well after the closing of the Nixons chapter. Guitarist Jesse Davis, bassist Ricky Brooks and drummer John Humphrey continued after the band’s break-up under the name Huver, releasing a five-song EP in 2001. Humphrey went on to play drums for the popular South African rock band Seether, and many of the other band members continued to pursue various career paths in the music industry. No matter what successes each has enjoyed in the years that followed, or the places they eventually landed, all their roads lead back to the scrappy four-piece band they started in their home state.

Oklahoma is more than the place where the Nixons cut their musical teeth. The state remains a special spot for the band in a number of different ways. Malloy returns every year for the Oklahoma Songwriters Festival, which he founded in 2016 as a resource for songwriters, musicians and general music fans to learn about the artistry and industry of making music from professionals in the field. (In addition to the main event at ACM@UCO Performance Lab, Malloy hosted an extension of the festival in 2017 in his hometown of Ada at the Grandview Events Center.) Lucky Nixons fans might even catch guitarist Jesse Davis at one of his favorite homegrown hangouts, like Eischen’s in Okarche, Fassler Hall OKC, or a southern Oklahoma paradise like Blue River or Turner Falls Park.

Things have finally come full circle for the Nixons, as they reunited in March of 2017 for a one-time performance in Oklahoma City at the Chevy Bricktown Events Center. This marked the full band’s first show in more than 15 years. The event was no doubt a major milestone for the band members themselves, but also for the local fans who followed the Nixons’ rise to fame and the aspiring young musicians who hope to one day follow in the footsteps of these hometown heroes.